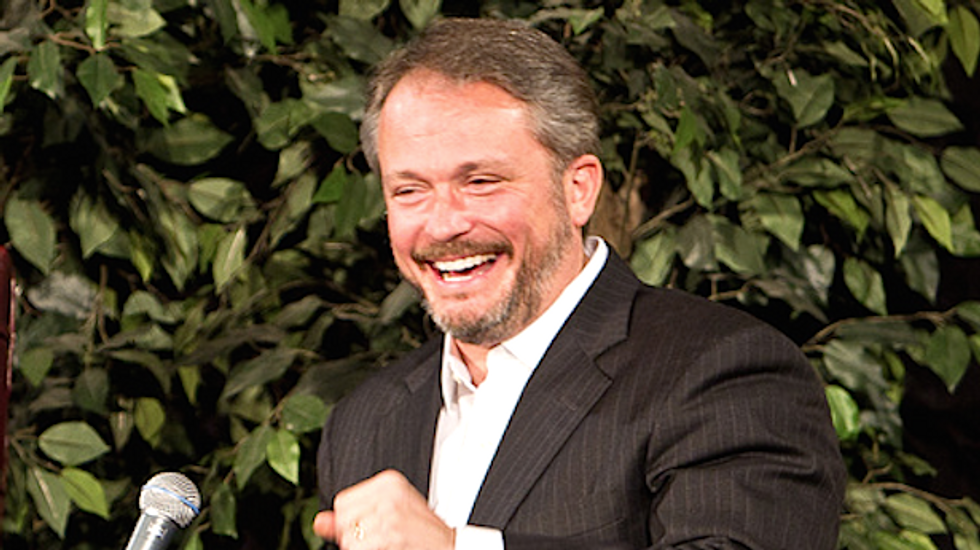 A leading advocate of the patriarchal Quiverfull movement groomed a teenage girl as his “personal sex object” and then used the purity culture to shame her into silence, according to a lawsuit filed by his victim.

Douglas Phillips resigned last year from Vision Forum and Vision Forum Ministries over what he described at the time as an extramarital affair.

But the lawsuit, reported by Right Wing Watch, revealed more details about this relationship and the ways that women are treated in the Quiverfull movement – which has been popularized by the prolific Duggar family and their TLC reality show, 19 Kids and Counting.

Attorneys claim Phillips, a close friend to the Duggar family and an associate of actor Kirk Cameron, “methodically groomed” Lourdes Torres since she was 15 years old and led her to believe they would be married.

Phillips told the girl this was possible because his wife, Beall Phillips, “was going to die soon.”

Torres appeared in two Vision Forum films, “Alone But Not Alone” and the anti-feminist documentary “Return of the Daughters.”

Right Wing Watch also noted that when Torres graduated from high school in 2003, Phillips wrote a blog post commending her parents for “bringing their daughter into mature Christian womanhood.”

But at the same time, according to the lawsuit, Phillips indoctrinated Torres with the “patriarchal mindset” and “subtly began to manipulate Ms. Torres, so that he could use her for his sexual gratification.”

The suit claims Phillips repeatedly groped and touched Torres inappropriately and masturbated on her, “against her wishes and over her objections,” over a period of years.

“While Ms. Torres would have felt compelled to submit to Douglas Phillips, the purity culture would have meant at the same time, her submission made her ‘damaged goods’ in her eyes, the eyes of her family, and her community -- raising the cost for her to come forward to call him to account,” the suit claims. “She was, in fact, in a ‘no-win’ situation.”

The suit claims that Phillips told Torres he loved her and intended to marry her.

He also assured her that he had done nothing wrong, and their sexual encounters were not wrong, the suit claims, but he also said that if their relationship was indeed wrong, “it was completely her fault.”

The suit claims Phillips used his training as a lawyer to create an unregulated community that operated outside the rest of society, which allows church leaders to impose “absolute control” over the group’s women.

“Phillips was the dominant authority figure in Ms. Torres’s life and family,” the suit claims. “He made himself her spiritual father. He was her authority figure with regard to where she lived, where she worked, where and how she worshipped, her education, her interpersonal relationships, her time and schedule, and even acted as her counselor.”

“In other words, Phillips was the pastor of her church, her boss, her landlord, and the controller of all aspects of her life,” the suit adds. “Obedience to Phillips was as obedience to God in this total institution.”

Attorneys for Torres said the board of Vision Forum was told of Phillips’ misdeeds but kept him in the group’s highest position of leadership until his behavior became public knowledge.

“This move is consistent with the ideals and beliefs of the patriarchal movement: that women exist solely for the control and pleasure of the men,” the suit claims.

Watch this video of Phillips posted online by Wade Davis: