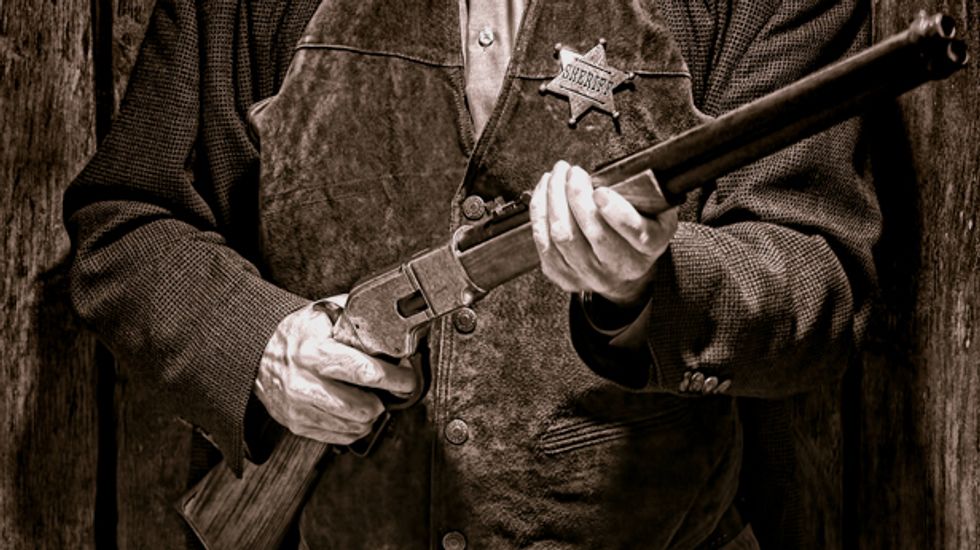 Missouri Republicans are considering a bill that would bar federal law enforcement officials from state jobs if they ever enforced federal gun laws that the legislators consider 'unconstitutional.'

According to the Missourian,  GOP legislators would like to include a provision, in the so-called 'Second Amendment Preservation Act,'  barring federal employees who enforce, or aid in a potential enforcement of certain gun-control laws in the course of their careers, from any Missouri state or local law enforcement jobs in the future.

The latest provision is seen as a compromise by the Republican lawmakers from an earlier version that would have called for possible jail time or allowing civil damages stemming from lawsuits filed by Missourians who think an agent infringed upon their gun rights.

The most recent version has been endorsed by the Senate General Laws Committee and  would leave the civil penalties on the table in addition to the employment ban.

The bill is likely to make the chamber floor for a vote.

As currently written, Missourians would be able sue if they think a law enforcement officer was employed after being involved in the implementation of a federal gun law. If the lawsuit is successful, the agent would be fired and the state or municipality would be required to pay the resident's court costs.

"What we hope it accomplishes is for there to be a healthy degree of pause before anybody takes an action that could be unconstitutional," said  the bill's sponsor, Sen. Brian Nieves, (R).

Supporters of the bill  consider the employment ban a more moderate position, however opponents do not see the bill standing up to court challenges because states cannot nullify federal laws.

One legislator calling the bill: "buffoonery."

"I'm adamantly opposed to this buffoonery," said Sen. Jamilah Nasheed, (D). "I just don't think that we should be wasting our time on legislation that we all know is unconstitutional."

The Senate bill, should it pass, would have to be approved by the House before reaching the desk of Gov. Jay Nixon, a Democrat, who has  vetoed a similar bill last year.