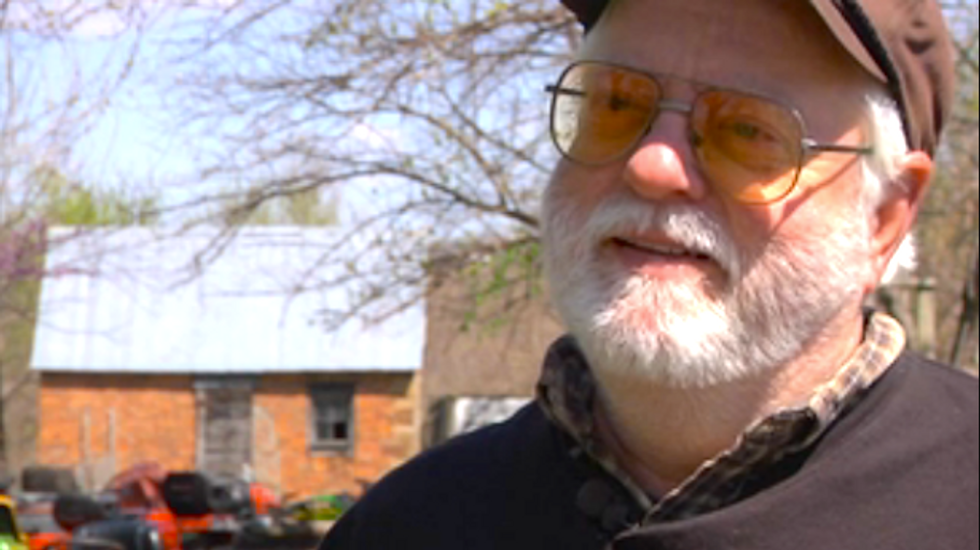 The mayor of a Missouri town resigned Monday after making anti-Semitic comments in support of a white supremacist accused of killing three people at a Jewish community center.

The 59-year-old Clevenger said he was personally hurt to hear numerous residents describe him as a national embarrassment to the city for his widely reported comments after the arrest of Frazier Glenn Miller.

Clevenger called Miller a friend and said he “kind of agreed with him” on some issues.

“There some things that are going on in this country that are destroying us,” Clevenger told reporters last week. “We’ve got a false economy, and it’s some of those corporations are run by Jews because the names are there. The fact that the Federal Reserve prints up phony money and freely hands it out, I think that’s completely wrong. The people that run the Federal Reserve, they’re Jewish.”

One resident said those comments were “almost verbatim” to statements made by Miller in a book written years ago.

"We have been slimed, like in 'Ghostbusters,’” said resident John McCormick.

Clevenger said he regretted writing a letter to the editor a decade ago in support of Miller and his views, saying he was heavily influenced at the time by the white supremacist.

But he declined to comment on his recent anti-Semitic remarks.

The mayor’s supporters argued Clevenger should have free speech protections, but others shouted that he should speak for residents and not embarrass them.

"I don't know if you still feel the same way, but that is between you and God," said resident Dan Noyes. "But I will say this, if you don't step down, I ask you from this point on to keep your mouth shut unless you know that everybody in this town agrees with you."