Naked Walmart man opens up to TV reporter: Meth-ecstasy mixup 'made me crazy' 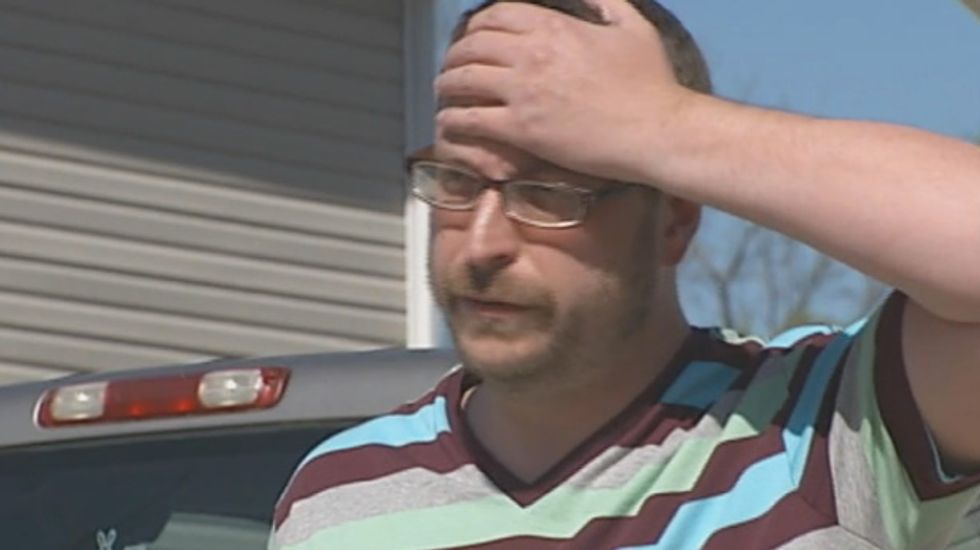 A South Carolina man arrested for strolling into a Walmart in the middle of the night wearing only black shoes, explained to a local news reporter that he has had problems with drugs in the past and that he had accidentally purchased methamphetamine and "it really made me crazy."

Confronted in front of his sister's house by WSOC reporter Trish Wilford, Kevin Hughes, 36, was remarkably candid, saying, "I've had a problem with drugs in the past, I still like to do some Ecstasy once in a while; the only drug I ever thought I'd do again. And I accidentally got methamphetamine instead, and it really made me crazy."

Hughes was arrested shortly after Walmart employees saw him walking in the Health and Beauty section naked except for his shoes just before midnight last Thursday. When Tega Cay police arrived they found him shopping in the Electronic department in the store.

Hughes was arrested for disorderly conduct and spent the night in jail.

After initially telling Wilford that he didn't want to answer any questions, Hughes opened up, telling her that his memory of the evening was "really fuzzy."

Asked if he knew his was naked, Hughes replied, "I did when I got in there. I mean, I got some weird looks."

When asked how he was feeling about the incident, Hughes said he was "depressed."

Hughes admitted to the reporter that he would think twice about doing drugs anymore, saying "You can't trust anything," before apologizing and saying "It was an accident."

Watch the interview below from WSOCTV: