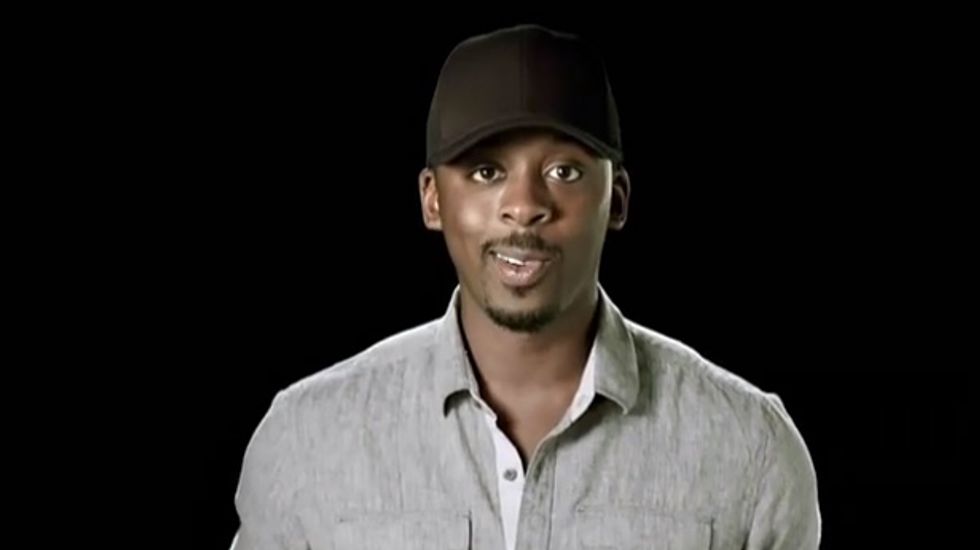 Introduced by La Pierre, who explains that that the video encapsulates his speech to the conventioneers, it begins with dramatic music before one of multiple narrators asks, "Do you still believe in good guys?"

The next narrator, an African-America man, continues: "Because you are surrounded by a world where mad men are famous and good ones forgotten. Doors are locked and streets have gone silent.”

After an aerial shot of a suburban neighborhood, the first narrator adds, "Where the gates for success swing open for hypocrites, chameleons, bullies, and yes-men.”

A female narrator appears saying, "Where filthy crimes go unpunished, and killers and con-artists prey upon anyone who still follows the rules."

"‘The good guys are a lie,’ they laugh. Everyone’s corrupted.”

The ad then goes on to pay tribute to dedicated teachers, parents, and soldiers, interspersed with with stock footage of first responders and the military in action with an explanation that it "takes courage to be free. A special kind of backbone to reject the world that surrounds you. To believe that there is always a right choice, and an honest consequence.  That's what it means to believe in America."

We are then told that it "is time to believe in the good guys again," before adding "We are the five million men and women of the National Rifle Association," followed by a pitch to join the NRA; the implication being membership in the gun rights organization is the first step in saving the world.

It should be noted that a recent Mother Jones article suggested that the NRA's membership numbers are inflated, with estimates of approximately 3 million members , 2 million less than the number the NRA prefers to promote.