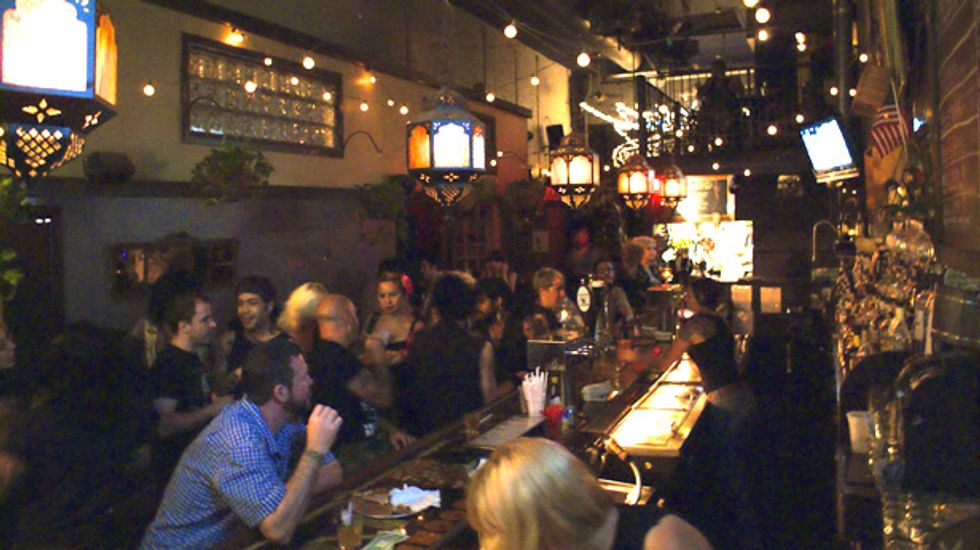 A Brooklyn bar owner whose establishment has been struggling financially for years is taking his landlord to court over a stipulation in his lease which forbids him from running gay bar or restaurant at the location.

According to Out Traveler, John McGillion, owner of LuLu's a bar in Greenpoint, Brooklyn for nearly a decade, feels that he could turn his fortunes around at the location by converting into a LGBT hangout. However he is prevented from doing so by a clause in his lease which specifically states: "The Leased premises shall be used by Tenant as a restaurant and bar. It shall not be used for adult entertainment and shall not be operated as a gay or lesbian bar and/or restaurant."

McGillion has filed suit in Brooklyn Supreme Court asking a judge to find clause invalid, and to allow him to extend the deal by two or three more years.

“I am barely scraping by on the proceeds of the bar . . . If I am permitted to operate a gay bar at the premises I believe that I will be able to make a considerable profit,” McGillion said in his filing.

According to McGillion the battle with the owner - identified in property records as Dr. Janet Berger of Manhasset, N.Y. - has gone on for months and he has been withholding rent. Fed up with fighting with the landlord, he has attempted to sell the bar multiple times only to have Berger tell prospective buyers that she would be triple the rent.

McGillion, who owns several other bars in Brooklyn and Manhattan, believes he could have done “40 to 50 percent” more business at Lulu's by catering to Greenpoint's growing gay and lesbian community.

“They do well because you don’t have issues of fighting,” he said. “They’re nice people, they’re wonderful to deal with. It’s easier. Typically you don’t have to offer food.”

Addressing the building's owners and the lease, McGillion added: “I don’t know what their problem is. Who knows? I thought those days were gone. I mean, who cares, today? Gays — everybody’s got their rights. What’s the big deal?”