Pat Robertson asks God to 'deliver us from this president' 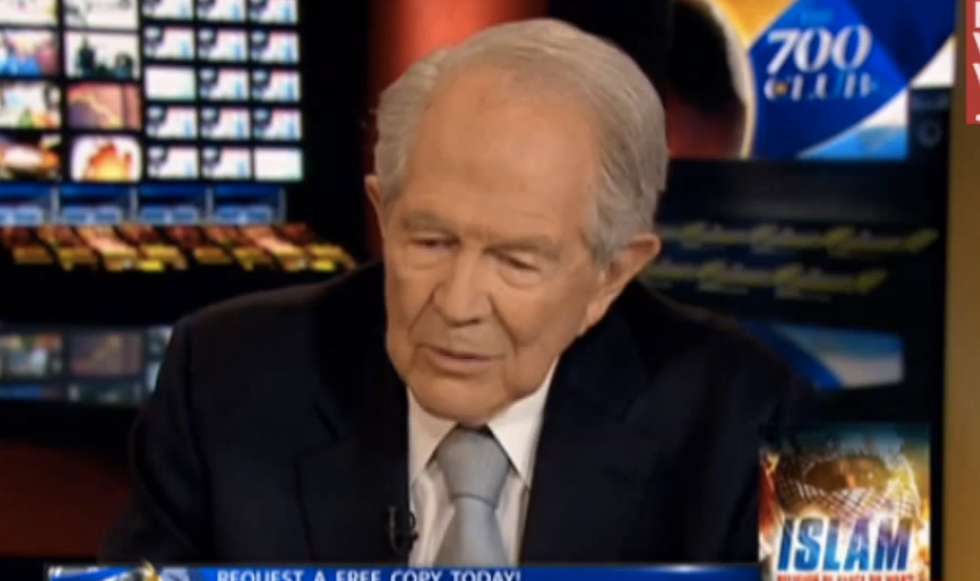 In the video embedded below, televangelist Pat Robertson beseeched God to remove President Barack Obama from office "before it's too late."

Robertson began by implying that Obama is not Christian but Muslim. He pulled a quote from a 2012 speech in which Obama said that "the future must not belong to those who slander the prophet of Islam."

Robertson stopped there, but in the actual speech, which Obama gave in 2012, the president went on to say that the future must neither belong to people who attack Christians and Jews.

"Together, we must work towards a world where we are strengthened by our differences, and not defined by them," said Obama. "That is what America embodies, and that is the vision we will support."

Robertson only used the pulled quote, however, then said "Our president is frankly out of his mind, making a statement like that. The future belongs to those who belong to God almighty, not those who believe in this stuff.”

He continued, "We need to do something to pray to be delivered from this president. He is a disaster, an absolute disaster. Democrat, Republican or whatever, this country is into serious decline unless something dramatic is done about it."