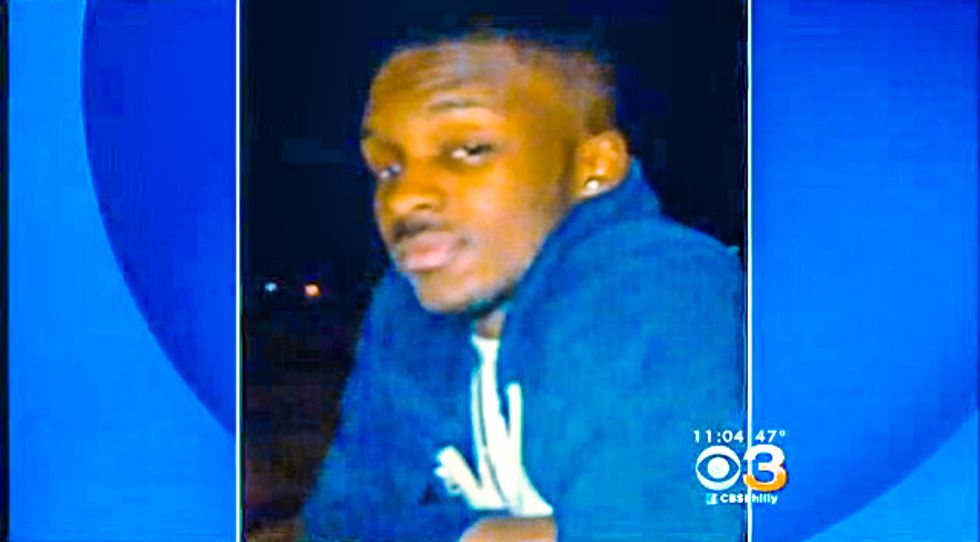 A pizza deliveryman was in critical condition after two plain-clothes police officers in Philadelphia broke department protocol and opened fire on his moving vehicle, claiming their lives were in danger.

The officers were responding to reports of gunfire on Tuesday night when they saw 20-year-old Philippe Holland with his hands in his pocket, and wearing a hoodie.

"As I understand it, they asked the male to stop," Deputy Police Commissioner Richard Ross explained on Tuesday. "The male, in quick fashion, got in his car and he drove at a high rate of speed towards the officers. The officers then discharged out of fear for their lives."

Bullets struck Holland at least three times: in the neck, a leg and head. Doctors said that he could be permanently blind after the shot to his head damaged his eyesight.

“We are getting information that he is a pizza deliveryman, so it is a possibility he may have thought he was being robbed," Ross said. "We do know the police officers announced themselves as police officers, he may not have heard that. Again, what I stress is this is all preliminary at this point."

Sources told KYW-TV that at least 10 shots hit the car. Officers admitted that they never saw a gun, Ross said.

Commissioner Charles H. Ramsey pointed out on Wednesday that investigators would not be able to determine what happened until they could speak with Holland, adding that the officers felt "terrible" about the shooting.

"It's just unfortunate all around, and we're just praying that this young man is able to fully recover," he said.

Holland worked two jobs, and had one arrest on assault charges for throwing a cell phone at his girlfriend last week.

Police spokesperson Lt. John Stanford noted that the officers may have violated the department's use-of-force guidelines, which states that officers "shall not discharge their firearms at or from a moving vehicle unless deadly physical force is being used against the police officer or another person present, by means other than the moving vehicle."

"That is our policy, 'Don't shoot at moving vehicles' - it's clearly laid out that way," Stanford remarked. "But I wasn't there, so I can't say whether these officers were right or wrong, what their process of thinking was, whether they were in fear for their lives or not."

Both officers were placed on desk duty pending the outcome of an internal affairs investigation.