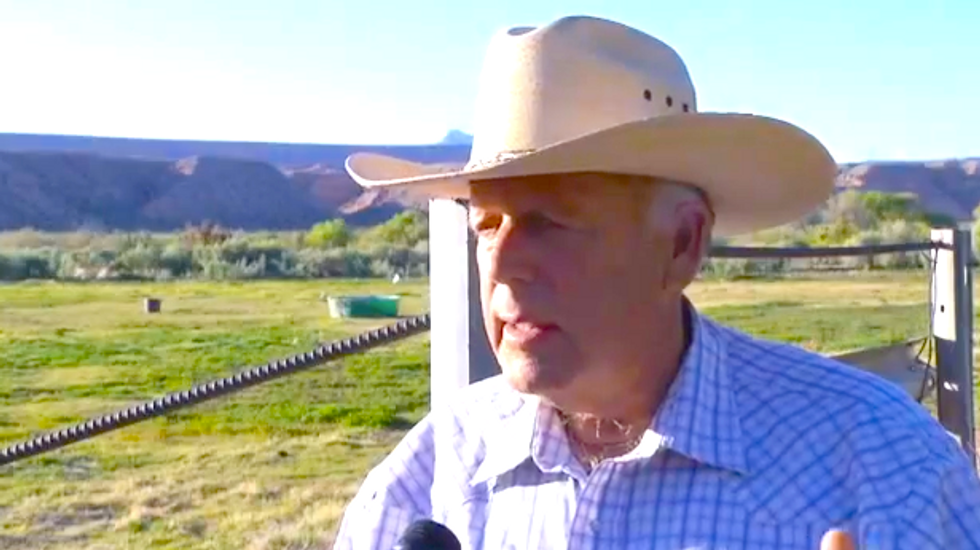 Cliven Bundy likes to claim his family has been grazing cattle for more than 130 years on Nevada lands owned by the federal government.

"I've lived my lifetime here,” the rancher said. “My forefathers have been up and down the Virgin Valley here ever since 1877. All these rights that I claim, have been created through pre-emptive rights and beneficial use of the forage and the water and the access and range improvements.”

But Clark County property records show Bundy’s parents bought the 160-acre ranch where he still lives in 1948, two years after he was born in Bundyville, Ariz. -- the same year the Bureau of Land Management was created through executive order by President Harry Truman.

Water rights were also transferred to the ranch itself, but not the federally managed land surrounding it, and court records show the Bundy family began grazing cattle on that land in 1954, when Cliven was 8 years old.

U.S. District Judge Johnnie Rawlinson noted that date in his 1998 ruling, which held that Bundy would not be permitted to continue using the federal land because he had failed to pay required fees to the BLM.

"My rights are before the BLM even existed, but my rights are created by beneficial use,” Bundy argued. “Beneficial use means we created the forage and the water from the time the very first pioneers come here.”

KLAS-TV examined genealogy and property records against Bundy’s claims to land owned by the federal government since before Nevada became a state, in 1864.

No Bundys lived in Bunkerville according to 1930 and 1940 U.S. Census records, but the rancher’s maternal grandparents, John and Christena Jensen, homesteaded a few miles away, in Mesquite, where his mother was born in 1924.

Bundy claims ancestral livestock water rights through his mother’s side of the family.

Some of the militia members who have traveled to southern Nevada to offer armed support to the rancher have compared Bundy’s treatment by the federal government to the plight of Native Americans.

"They are literally treating western United States citizens, ranchers, rural folks like this are the modern-day Indians,” said Justin Giles, an Oathkeeper from Alaska. “We're being driven off of our lands. We're being forced into reservations known as cities.”

The Paiute Indians of Nevada were forced into reservations by federal troops in 1875 – two years after the tribe had been promised the same land where Cliven Bundy now grows melons and grazes cattle.