S.E. Cupp: 'My friends at the NRA' high-fiving over Bloomberg as face of gun control group 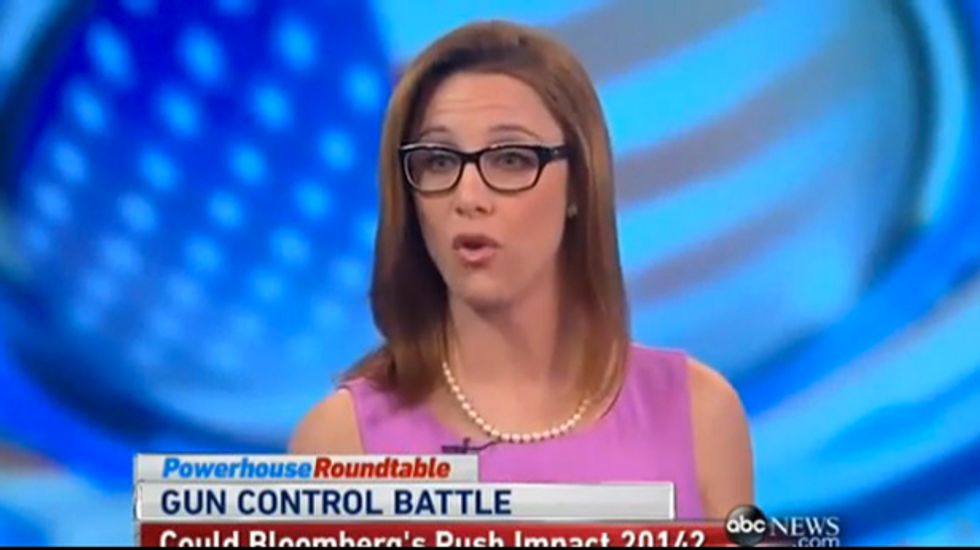 Discussing former NYC Mayor Michael Bloomberg's decision to put his money where his mouth is by donating $50 million to start up a new gun control group taking on the National Rifle Association, Blaze TV hostess S.E. Cupp stated that her "friends at the NRA" were high-fiving over Bloomberg being the face of the new group.

Appearing on ABC's This Week, Cupp said of Bloomberg, “He is the best––and by that I mean the worst––face for gun control, and believe me, my friends at the NRA high-fived when they heard about this.”

Cupp explained that going after the NRA is a "very odd thing."

"The NRA represents law-abiding gun owners like myself. They don't represent criminals, they don't even represent gun manufacturers, that's the NSSF," she said. "So why Mayor Bloomberg is turning his figurative guns on people like me, when there are criminals out there, seems a very strange way to go about reducing gun crime."

According to Business Insider, the NRA has collected over $52 million from gun manufacturers since 2005 through their NRA Ring of Freedom sponsor program. Additionally, 10% of the NRA's income comes via selling advertising in their multiple publications to the gun industry.

Bloomberg's group, Everytown for Gun Safety, seeks to expand background checks, keep guns out of the hands of domestic abusers, crack down on illegal gun trafficking, and educate parents about the safe storage of guns.

Donna Brazile responded to Cupp, saying of the former mayor, "I don't care what his face looks like.  I think, first of all, he should be praised for what he's doing with his money."

As Cupp shakes her head, Brazile explained to her that "70% of domestic abusers now can get firearms" due to a lack of background checks.

"He's trying to save lives, and if saving lives is a bad thing, well, God knows..." she added before Cupp began talking over her.

Watch the video from ABC below: