SC GOP candidate: Women cause '95 percent' of divorces by loving their kids too much 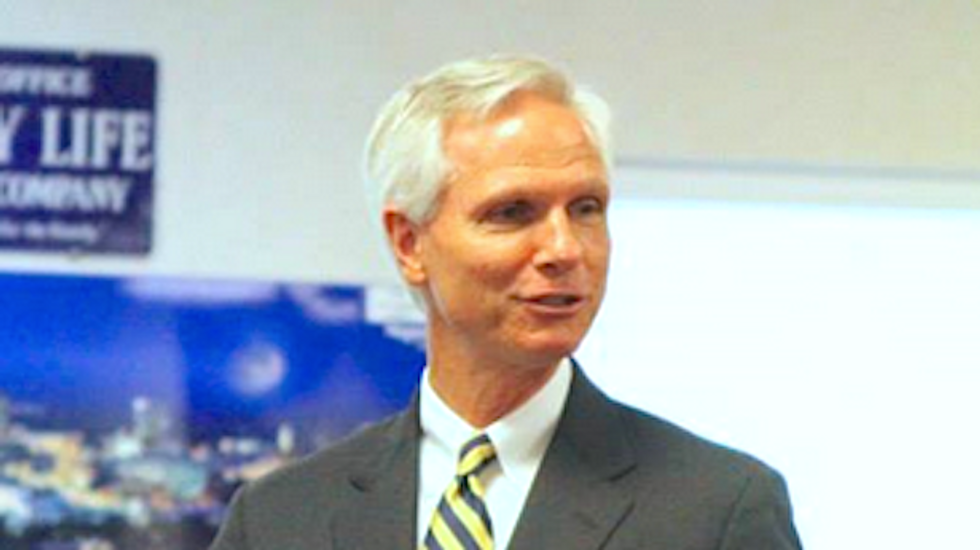 One of the six Republican primary challengers to Sen. Lindsey Graham (R-SC) once blamed women for causing most divorces – even when their husbands are unfaithful.

Det Bowers made the remarks during a sermon at the Christ Church of the Carolinas, where he served for more than a decade as pastor. The sermon was available for download until the podcast was removed recently ahead of the June 10 primary.

But Politico obtained an audio recording of the sermon and published his comments Thursday.

“I find that in about 95 percent of broken marriages, though the husband’s the one that ran out on his wife, the wife loves her children more than she does her husband,” Bowers said. “That is an abominable idolatry.”

He then directed his comments, his voice rising, to the women in his congregation, which he led from 2000 to 2012.

“Do you hear me, ladies?” Bowers said. “It is an abominable idolatry to love your children more than you love your husband, and it will ruin your marriage. And yet you blame it on him because he ran off with some other woman! He did run off with some other woman, and you packed his bags. All of his emotional bags, you packed for him. Is that true in every case? No, but it’s true in the vast preponderance of them.”

He described “abominable idolatry” as “unlawful worship” as he continued lecturing women.

“You just ran him off,” Bowers said. “You paid more attention to your children than you did to him. ‘Oh, he doesn’t need me?’ He needs you more than they do. He chose you, they didn’t. An abominable idolatry.”

The 62-year-old Bowers, who also practiced law, declined to be interviewed for the Politico report, but he released a statement saying that he based his remarks on his past work counseling married couples.

“I wholeheartedly believe family is one of the cornerstones of our nation,” Bowers said. “As a pastor, steering my flock away from the destruction of the sacred union between husband and wife, mother and father, is one of my most important responsibilities — and a duty I will never shy away from. In this instance, I simply shared with the congregation the information I received from the couples I counseled.”

The candidate’s son said the sermon was delivered in 2001, but Bowers made references to a Thursday banquet held either Sept. 22 or 29 that year.

Those dates fell on Thursdays only in 2005 or 2011 during Bowers’ tenure as pastor, but a campaign representative said the pastor must have misspoken during the sermon.

Listen to the entire sermon posted online by Politico: