SC Republican wants to end public schools: Nothing 'in the Bible about state education' 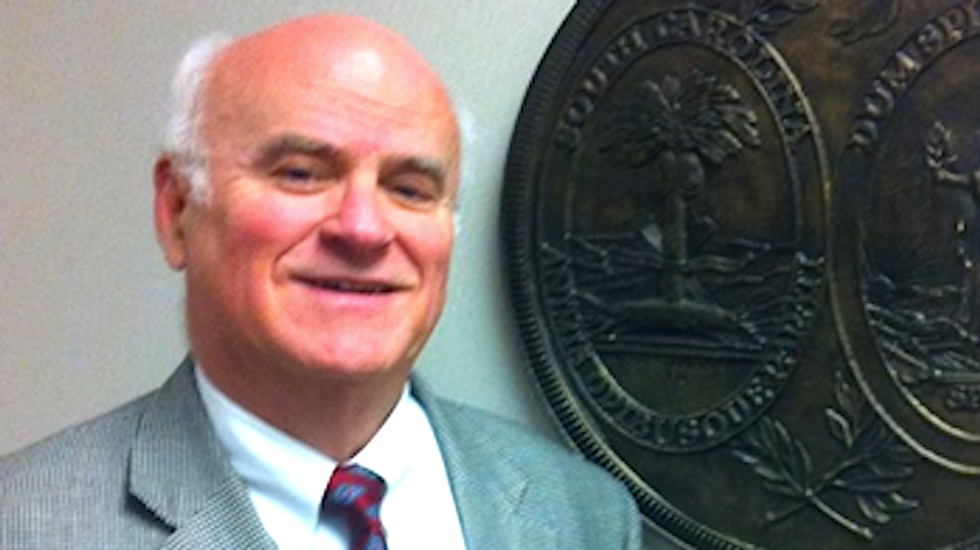 A Republican candidate for South Carolina lieutenant governor wants to replace public schooling with church-run schools, but he admits it would be a difficult process that could take years.

Ray Moore, a retired Army Reserves chaplain and president of Frontline Ministries, sketched out his plan for dismantling public education in the U.S. on Wednesday’s edition of The Janet Mefferd Show.

He has encouraged Christian families to withdraw their children from public schools and educate them at home or enroll them in religious schools, and he believes the tipping point would occur at about 25 percent to 35 percent of the total K-12 population.

“Then the states would then negotiate, perhaps taking out of their constitution platform, or the provision, that says the state had to provide education, and it would gradually be handed over to churches, families, and private associations,” Moore said. “That’s the way it was for the first 200 years of American history.”

He said non-religious schools, which he has called “the Pharaoh’s schools,” posed an existential threat to Christians.

Moore has previously claimed that 40 percent of public school students turn away from the church by the end of elementary school and 80 percent by the end of high school.

Many Republicans are opposed to government-funded education, including another lieutenant governor candidate in this election cycle.

He compared his model for education to Henry Ford’s mass production of automobiles, saying the private market had a solution to every problem.

“The scriptures teach this model, this is a biblical model, we don’t see anything in the Bible about state education, and it’s done as an outreach of the Christian community,” Moore said.

He dismissed concerns about diversity, suggesting that non-Christians could attend “private-free market schools.”

“We’d have a lot of those who don’t want to be in religious schools, but when you’ve got 70 percent of the population in South Carolina still in a Christian denomination – we’re the majority, and we are being abused, coerced, and imposed upon by these pagan atheistic public schools, and it’s just got to stop,” Moore said.

Listen to the interview posted online by Eric Dolan: