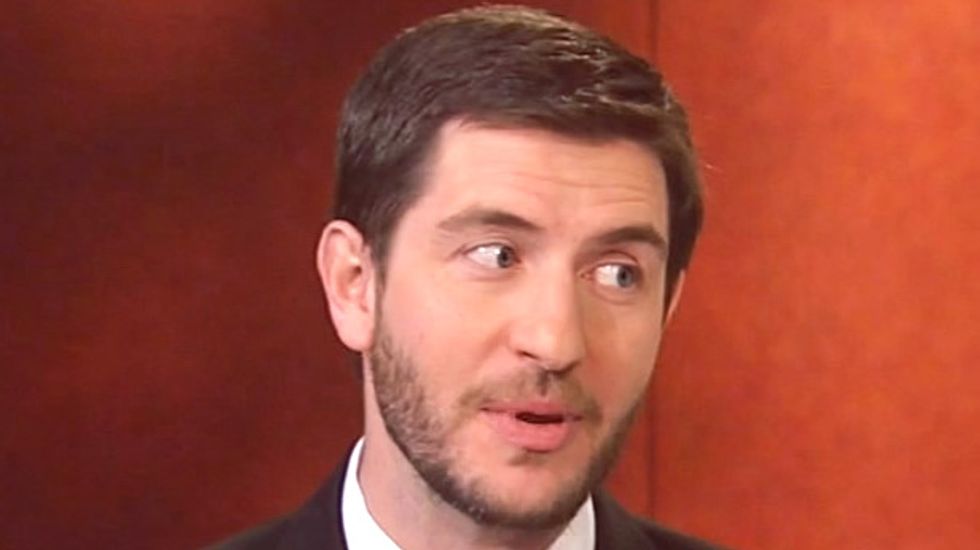 Scientific American editor Michael Moyer went on Fox & Friends this morning to discuss "Tech trends for the next decade and beyond," which producers told him did not, under any circumstances, involve certain issues:

Fox & Friends producer wanted to talk about future trends. I said #1 will be impacts of climate change. I was told to pick something else.

In an email, Moyer told Raw Story that "a day or two ago a producer for Fox & Friends contacted SciAm's media person about doing a segment along the lines of 'what will science and technology bring over the next 50 years?' They saw the recent Pew poll about whether people think teleportation and the like was going to exist and wanted someone to give some TRUE/FALSE verdicts. I said I would do the spot, but that it's a fool's game to guess at what technologies are going to exist in a half-century. I would do a 'trends for the future' in science."

The Fox producer approved of that angle. Moyer told Raw Story that "[a] 50-year-timescale is pretty far out [and that about] the only interesting thing that the scientific community is sure will happen in the next 50 years is that climate change is going to get worse, and that we're going to have to deal with the impacts. So I put that as one of my talking points."

Although "he understood that there was little chance the topic would make it into the show," he was determined not "to self-censor [himself] from the get-go." However, "[t]he Fox producer came back and very politely and matter-of-factly said that we would have to replace the climate change item. So I included the thing about finding distant [and potentially habitable] planets."

About which Fox & Friends co-host Brian Kilmeade asked, "Do they have football?" As David Mann noted on Twitter, Kilmeade also expressed his opinion about the true value of science:

@mmoyr I'm glad they pointed out the only reason to make scientific discoveries is to get really rich.

As for his experience on the program, Moyer tweeted about how he felt while he waited to film the segment:

I couldn’t sit in the Fox & Friends greenroom beforehand b/c watching the show made me crazy. Every single segment was anti-Obama agitprop.

And how felt as he was in makeup:

Everyone’s in a bubble. Makeup girl: Where u think the plane is? Me, puzzled: Bottom of the ocean? Her: No it’s on a military base somewhere

As well as his general feeling about appearing on Fox & Friends:

Went on Fox & Friends this morning. Kinda feel like I should take a shower. http://t.co/SjlFBPE0QE

After appearing on the show, Moyer tweeted a link to the Union of Concerned Scientists study "Science or Spin?: Assessing the Accuracy of Cable News Coverage of Climate Science." The study concluded that "Fox News was the least accurate [as] 72 percent of its 2013 climate science-related segments contained misleading statements."

Watch video of the segment -- which Fox has already pulled from the Fox & Friends online archive -- below.