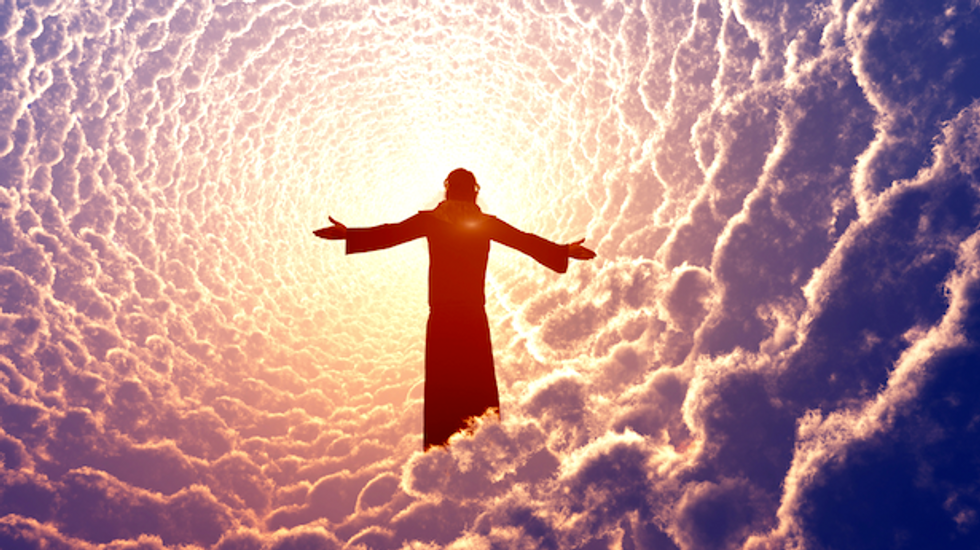 A Minnesota woman refused to pay income taxes for at least seven years by claiming she and her husband were not U.S. citizens but permanent residents of the “Kingdom of Heaven,” prosecutors said.

Tami M. May, of Anoka, was charged with obstruction of due administration of IRS laws and 15 counts of filing false tax returns.

She and her husband, Dennis May, operate D & T & Son Excavating in Coon Rapids, but prosecutors said the couple did not file income tax returns or pay income tax between 1998 and 2005.

Customers paid them hundreds of thousands of dollars during that time, prosecutors said.

The IRS notified Dennis May in 2005 that he owed taxes from two years earlier, in addition to penalties and interest.

Dennis May has not been charged in the case, and prosecutors did not say whether he would be.

She also cited their supposed citizenship of the “Kingdom of Heaven” in an attempt to claim hundreds of thousands of dollars in income tax refunds, authorities said.

Their claims match arguments cited by members of the Embassy of Heaven sovereign citizens group, which issues passports, driver’s licenses, and license plates by claiming to be a religious organization that cannot be regulated.

The group is led by Craig Douglas Fleshman, a former Oregon state computer systems analyst who goes by the name "Pastor Paul Revere," and claims that its followers are not subject to government jurisdiction because their allegiance rests with Jesus Christ.

“They are subjects of Christ, not any worldly government,” explained Carl Watner in a 1994 post on the Voluntaryist website. “The church's position is that you are the final authority on where you reside and where you put your allegiance. No state can decide this for you, unless you let them.”

Some of the group’s members have been charged throughout the U.S. in various tax avoidance schemes and in Minnesota for issuing bogus “certificates of self-insurance.”

But the group’s leader denied the Embassy of God sold the insurance, claiming its members sought only the assurance of the Lord.

"We don't operate in Minnesota," Revere said. "We operate in the Kingdom of Heaven."

The U.S. Justice Department later sued Stoll and another Embassy of Heaven member, Michael Stevens, to stop them from teaching paid customers how to evade taxes.

[Image: Jesus prays in the clouds via Shutterstock]