Sparks fly over US plan to shift Internet role 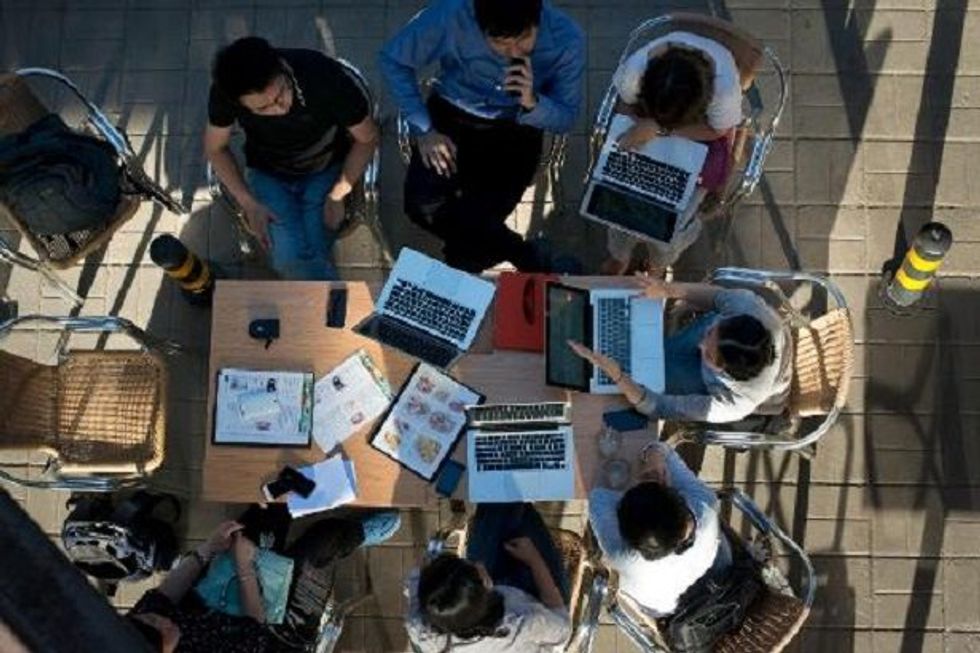 It could be a difficult breakup between the US government and the Internet.

A plan unveiled last month would see the US relinquish its key oversight role for the Internet, handing that over to "the global multistakeholder community."

US officials say the move is part of a longstanding effort to privatize the technical oversight of the Internet.

But it comes amid growing international pressure for Washington to step back from what some countries claim is a dominant role in the Internet.

Tensions have been exacerbated by the outcry over leaked documents showing the National Security Agency's vast surveillance capabilities, feeding concern that the US manipulates the Internet for its own purposes.

Some critics argue, however, that Washington is "giving away" the Internet, posing long-term threats to online freedom and commerce.

Representative Marsha Blackburn contends that the US shift "will allow countries like China and Russia, that don't place the same value in freedom of speech, to better define how the Internet looks and operates."

Some observers say the US is seeking to avoid the more extreme step of handing control over to a more politicized body, such as an arm of the United Nations.

"There have been a lot of fairly wild suggestions of how Internet governance should be changed," said US lawyer Greg Shatan.

Shatan participates in working groups of the Internet Corporation for Assigned Names and Numbers, a non-profit organization that took over some of the functions in 1997 under an agreement with the US government.

In late 2012, a group of countries voted against the United States on a telecom treaty Washington said could open the door to regulation of the Internet by the UN's International Telecommunications Union.

"A lot of these governments are not looking for a free and open Internet," Shatan told AFP. "They are looking for a moderated, controlled Internet."

But the US announcement calling for a new oversight system by September 2015, says Shatan, blunts that effort and could help bring "swing states" back in line with Washington.

The US Commerce Department official heading the key unit in charge of the Internet, Lawrence Strickling, said at a forum Friday that Washington is handing over what is "largely a clerical task" in verifying the accuracy of the Internet's so-called root zone.

And he added that "nothing will happen unless we have a consensus" on governance that also meets the US criteria of avoiding a government-led or intergovernmental plan.

Robert McDowell, a Hudson Institute fellow and former US telecom regulator, worried the decision might create a void.

"The worst-case scenario would include foreign governments, either directly or through intergovernmental bodies, snatching the soon-to-be untethered technical functions for their own purposes," McDowell said in a blog.

Information Technology and Innovation Foundation analyst Daniel Castro says in a report that without US oversight, "ICANN would not be accountable to anyone, and would be motivated only by the interests of those individuals who control the organization."

The change sought by Washington would end the US role in what is on the surface, a dull, technical responsibility.

During a visit to the US capital, ICANN president and chief executive Fadi Chehade told lawmakers he saw no change in the way the Internet would operate.

"The multistakeholder community has demonstrated an extraordinary capacity to govern itself" over the past 16 years, allowing the Internet to flourish, he said.

Chehade sought to debunk the idea that the US is "giving away the Internet."

"This announcement shows the world America's values," he said. "We're sending a message to the world that we trust the multistakeholder model."

A group of Republican lawmakers introduced a bill that would block the US withdrawal pending an analysis on the legal authority to cede these functions.

"In the month of March alone, we've seen Russia block opposition websites, Turkey ban Twitter, China place new restrictions on online video and a top Malaysian politician pledge to censor the Internet if he's given the chance," said Representative John Shimkus, one of the measure's sponsors.

"There are real authoritarian governments in the world today who have no tolerance for the free flow of information and ideas."

But Carolina Rossini of the New America Foundation's Open Technology Institute said the bill "could have the opposite effect" and "further empower critics who favor a governmental or intergovernmental model" for the Internet.

Some argue the US needs to make a symbolic step to reassure its diplomatic allies in light of the row created by leaked documents from former NSA contractor Edward Snowden.

"We can't say we want a non-government solution and have one government controlling things," said Milton Mueller, a Syracuse University professor who heads an academic alliance called the Internet Governance Project.

The group has put forward a plan for the technical functions being ceded by Washington to be separated from the ICANN policy role as a safeguard against government interference.

Mueller said the US needed to end its role at some point, and that the Snowden revelations accelerated the process.

If Congress avoids stepping in to block the change, "I'm optimistic this global community of Internet people can work this out," he added.

Senator Ted Cruz (R-TX) will place himself in the eye of another storm this week as one of the nation’s most grating voices against sanity in gun control policy.

But this is hardly his first rodeo. Exploiting gun-inflicted tragedy is what Cruz does.