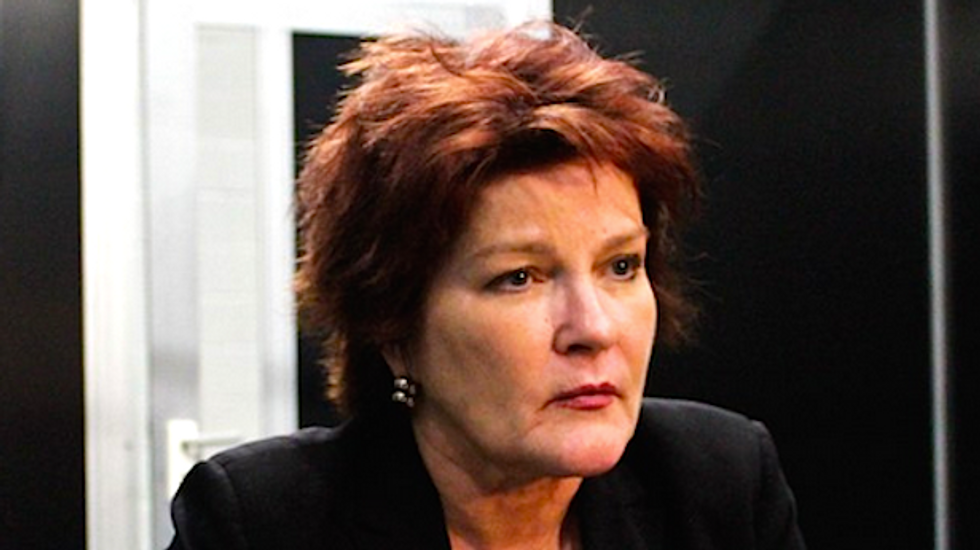 UPDATE: Kate Mulgrew releases a statement, saying she is not a geocentrist and was misled by the makers of The Principle.

A new documentary film, narrated by a former Star Trek actress, promotes the long-ago disproven idea that the sun revolves around the Earth.

“Everything we think we know about our universe is wrong,” says actress Kate Mulgrew as she narrates the trailer for The Principle.

The film, which is set to be released sometime this spring, was bankrolled in part by the ultra-conservative and anti-Semitic Robert Sungenis, who maintains the blog “Galileo Was Wrong.”

Krauss said Tuesday morning that he had not willingly participated in the film.

"For all who asked: Some clips of me apparently were mined for movie on geocentricism," the scientist posted on Twitter. "So stupid does disservice to word nonsense. Ignore it."

For all who asked: Some clips of me apparently were mined for movie on geocentricism. So stupid does disservice to word nonsense. Ignore it.

In the trailer, the scientists discuss how the Earth’s unique characteristics make it well-suited for life, in comparison to other planets.

But Sungenis himself offers the only real bombshell in the two-minute, 20-second trailer.

“You can go on some websites of NASA to see that they’ve started to take down stuff that might hint to a geocentric universe,” Sungenis says.

About one in four Americans surveyed in a recent poll were unaware the Earth orbited the sun.

Sungenis is a controversial figure, having argued that no one has proven 6 million Jews died during the Holocaust and that Jews conspired with Satan to rule the world.

His local bishop asked him to stop writing about Jews and ordered him to stop calling his organization a Catholic one after he criticized a catechism related to Judaism.

Watch the film trailer posted online by The Principle Movie:

Edited on Tuesday morning to include comment from Krauss and clarify the findings of a recent poll on Americans' scientific knowledge.