Stewart rips CNN's MH370 search: Have they looked 'up their own a**holes?' (Spoiler: Yes) 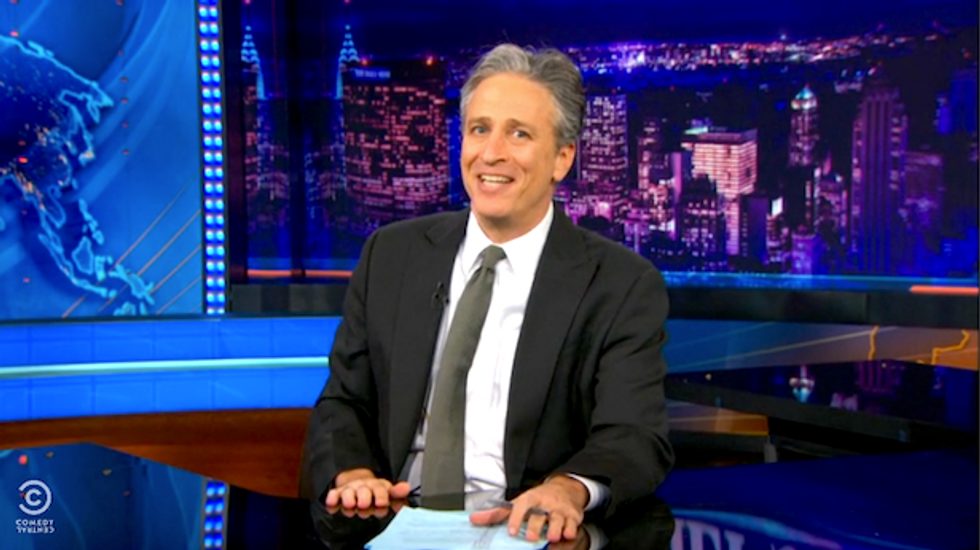 "It’s been three weeks since the disappearance of Malaysia Airlines Flight 370 – three weeks! – filled with despair and anger for the families, confusion and frustration for the investigators, and ratings boffo for CNN,” Stewart said. “Yes, in these three weeks, CNN has been – much like our Native American ancestors – using every part of the tragedy.”

While other networks have moved on to cover other stories, Stewart said, CNN had stayed with its MF 370 coverage, “occasionally pointing at sh*t and wondering what it is.”

“Basically, CNN has become this guy,” he said, flashing a photo of a man searching a beach with a metal detector and headphones. “’I got breaking news! I think I found Blackbeard’s treasure! Hold on, it’s just a pop-top, sorry.’”

He said the network’s nonstop coverage had offered little news in nearly a month, except for detailed reports on debris fields in the Indian Ocean.

The network had also dramatically demonstrated the difficulty of performing the search using only traditional eyesight methods, turning off the studio lights on a flashlight-wielding correspondent to show just how dark conditions were beneath the ocean.

“You know, CNN has spent a great deal of time and money scouring our world for any sign of this plane,” Stewart said. “It’s in noble goal, if they had done it in a reasonable, non-‘did aliens take it?’ kind of fashion. But the one place that they haven’t looked for the plane, as far as I can see, is up their own a**holes.”

Then he introduces a clip of CNN’s coverage of its own Martin Savidge, who has spent nearly a month reporting from a Canadian flight simulator.

“There it is: With a lack of new developments, CNN is about to do a story covering their coverage of the Malaysian plane story,” Stewart said.

After showing more alarmed, speculative coverage by the network about the recent California earthquakes, Stewart said CNN seemed bored by covering things that had already happened.

“They’ve decided they no longer want to be pigeonholed in the nonfiction section,” he said. “CNN is not the future of news; CNN is news of the future.”