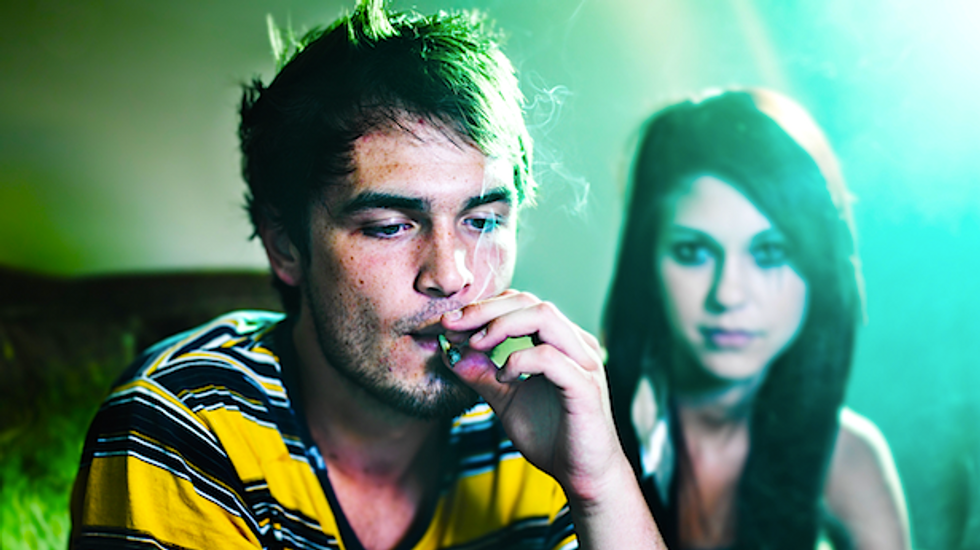 Even casual use of marijuana can cause significant abnormalities in two areas of the brain that regulate emotion and motivation, according to a new study.

The findings, published Wednesday in the Journal of Neuroscience, challenge the idea that casual pot smoking is relatively harmless, researchers said.

The study, which was conducted by Northwestern Medicine and Massachusetts General Hospital/Harvard Medical School and funded in part by anti-drug government agencies, found major abnormalities directly related to the amount of weed smoked each week.

"Some of these people only used marijuana to get high once or twice a week," said the study’s co-author, Dr. Hans Breiter. "People think a little recreational use shouldn't cause a problem, if someone is doing OK with work or school. Our data directly says this is not the case."

The scientists examined the nucleus accumbens and the amygdala, which are areas of the brain associated with addiction, in the brains of casual marijuana users and non-users.

They measured the volume, shape, and density of the gray matter – where most cells are located in brain tissue – and found these regions were abnormally altered for at least two of the structural metrics.

Those changes indicate their brains were adapting to low-level marijuana exposure, the researchers said.

"These are core, fundamental structures of the brain," said study co-author Anne Blood. "They form the basis for how you assess positive and negative features about things in the environment and make decisions about them."

The findings match those from animal studies that show rats’ brains rewire and form new connections when they’re given tetrahydrocannabinol (THC), the active ingredient in marijuana.

"Drugs of abuse can cause more dopamine release than natural rewards like food, sex, and social interaction," said lead author Jodi Gilman. "In those you also get a burst of dopamine but not as much as in many drugs of abuse. That is why drugs take on so much salience, and everything else loses its importance."The researchers used neuroimaging to examine the brains of from Boston-area colleges between the ages of 18 and 25, including 20 young adults who smoked pot and 20 who did not.

Each sample had nine men and 11 women, and they each underwent a psychiatric interview to confirm they were not dependent on marijuana or any other illegal drugs.

The researchers were unable to measure the THC content of the pot smoked by study participants, but marijuana is much stronger today – at about 5 percent to 9 percent THC content – than in the 1960s and 1970s, when THC content was typically 1 percent to 3 percent.

Marijuana is the most commonly used illicit drug in the U.S., which about 18.9 million users, according to the most recent National Survey on Drug Use and Mental Health.

The study’s authors noted that its use continued to rise in popularity among adolescents, particularly as social acceptance grows and its legal status changes in many states.

But researchers said their findings suggest marijuana is not as safe as proponents claim – particularly for younger people.

"I've developed a severe worry about whether we should be allowing anybody under age 30 to use pot unless they have a terminal illness and need it for pain," Breiter said.