Study: Using the Internet can reduce depression among older adults by 33 percent 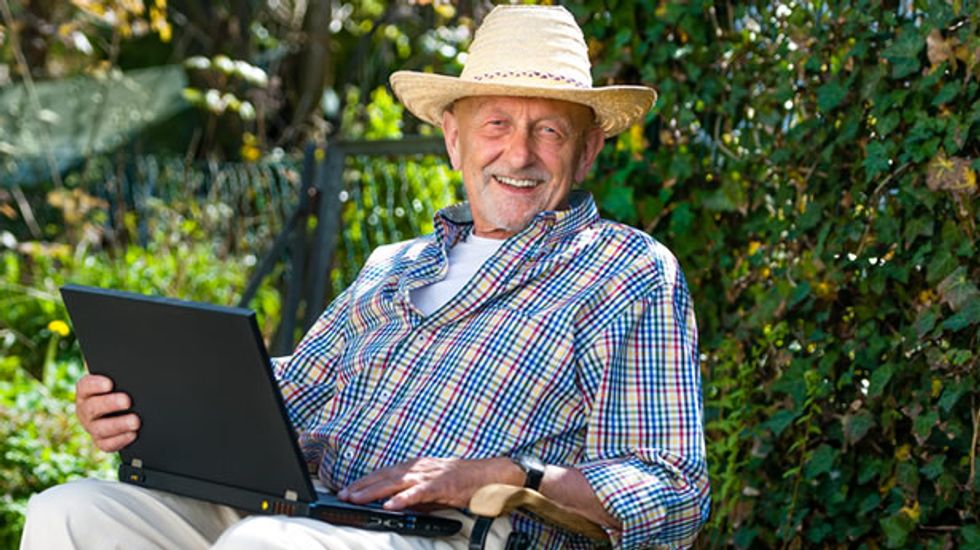 A new study published in The Journals of Gerontology suggests that Internet use can reduce the probability of depression among retirees who live alone by 33 percent.

The study was authored by Shelia Cotten of Michigan State University, George Ford of the Phoenix Center for Advanced Legal & Economic Public Policy Studies, Sherry Ford of the University of Montevallo, and Timothy Hale of Harvard Medical School. They used information gathered during the Health and Retirement Study, a longitudinal survey collecting data from more than 20,000 older and retired Americans.

The authors noted "[r]etired persons are a population of interest, particularly because one mechanism by which Internet use may affect depression is to counter the effects of isolation and loneliness, which are more common among older adults."

They found "that for retired older adults in the United States, Internet use was found to reduce the probability of a depressed state by about 33 percent." The number of people living in a household partially determined how much less likely an individual was to be depressed, and the reduction in depression was most significant among survey participants who lived alone.

Internet users in the survey had an average predicted probability of depression of .07, as opposed to a .105 probability for non-users.

"This provides some evidence that the mechanism linking Internet use to depression is the remediation of social isolation and loneliness," they wrote, adding that "[e]ncouraging older adults to use the Internet may help decrease isolation and depression."

["Elderly Hispanic Man Using Laptop In The Park" on Shutterstock]