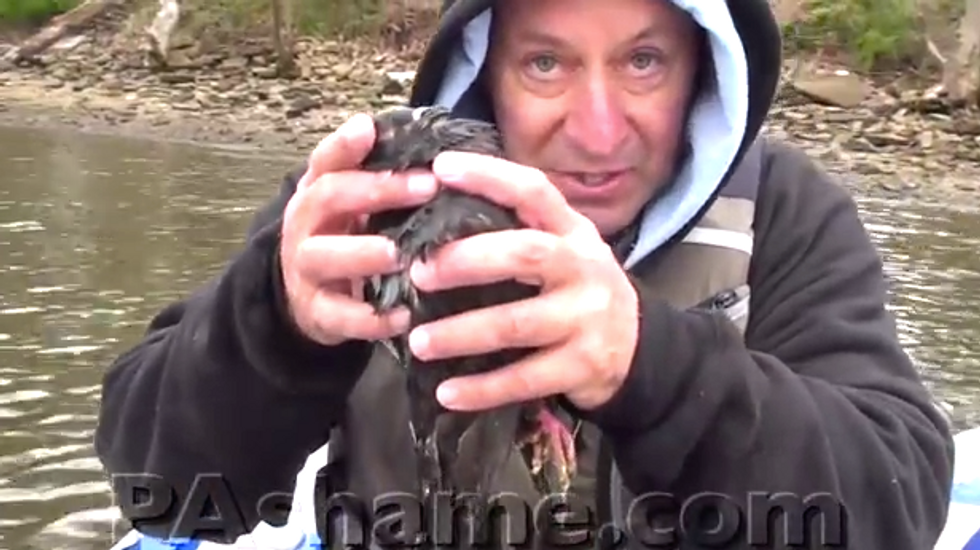 A sportsman’s club in Pennsylvania claims an animal rights group tormented its members with “emotional violence” to protest pigeon shooting.

The Philadelphia Gun Club and eight of its members filed a federal lawsuit last week against Showing Animals Respect and Kindness, or SHARK, and five of its members, claiming the group engaged in a campaign of harassment and intimidation.

The practice is legal in Pennsylvania, and the club says it uses live birds supplied by pest control companies about 10 to 12 times a year.

According to the suit, SHARK members have set up camp about 20 times over the past two years outside the club, which has operated in Bucks County since 1877, and blocked the road, filmed members coming and going, and posted the club’s security gate code online.

SHARK members also affixed "rubber facsimiles of male genitalia" outside the club, filmed it, and posted the video online.

Gun club members said the animal rights group surrounded the property with loudspeakers and played profane messages for hours at least three times over the past two years.

SHARK members also posted information about club members online, the suit claims, and created false reviews of the club on Facebook and Yelp.

The suit notes that SHARK advocates a policy of physical non-violation, it openly claims to engage in “emotional violence” and maintains online ties to the Animal Liberation Front, which the FBI has identified as a domestic terrorist threat.

The animal rights group said it had not seen the lawsuit, but it takes credit for reducing membership at the gun club, which sued SHARK for harassment in a 2009 suit in Buck County.

A motion to dismiss that case, which SHARK’s president described as “frivolous” and filled with errors, is pending.

Club members claim the animal rights group jotted down their license plate numbers to learn their identities, and the suit seeks $150,000 in damages for each alleged violation of the Driver’s Privacy Protection Act.

Watch this video about the gun club posted online by SHARK: