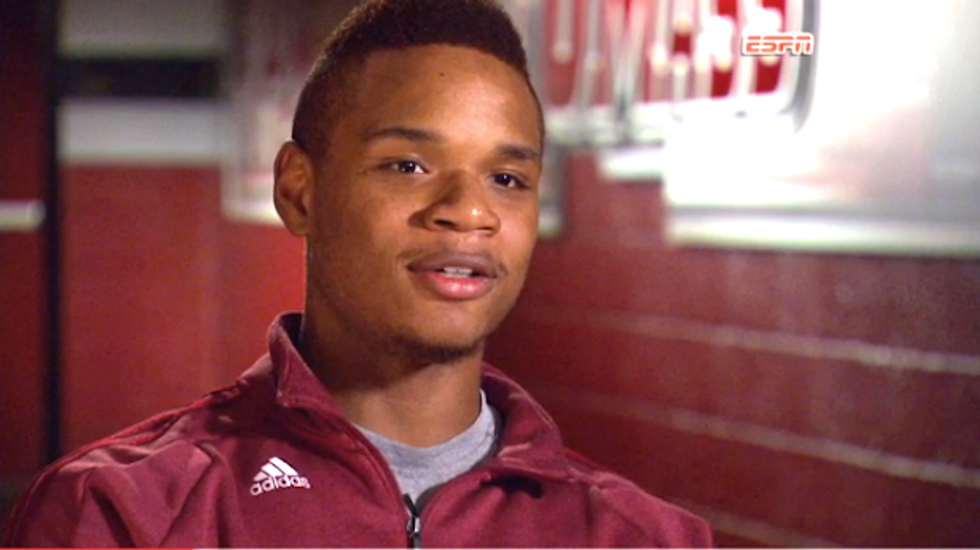 Derrick Gordon came out to ESPN and Outsports a week after sharing his story with his teammates and coach, saying he no longer wanted to hide.

"I didn't want to have to lie or sneak,” Gordon told ESPN. “I've been waiting and watching for the last few months, wondering when a Division I player would come out, and finally I just said, 'Why not me?'"

The 6'3" guard started all 33 games this season for UMass, averaging 9.4 points and 3.5 rebounds, after transferring two seasons ago from Western Kentucky.

His team lost to Tennessee last month in the NCAA Tournament.

The 22-year-old Gordon posted a photo of himself in a “Be True” T-shirt on Instagram after news broke of his announcement, saying this was the happiest he’s been in his life.

“No more HIDING!!!” he said. “Just want to live life happy and play the sport that I love...Really would love to thank my family, friends, coaches, and teammates for supporting me.”

Gordon said he was encouraged to come out when the Brooklyn Nets signed journeyman center Jason Collins in February, months after he became the first openly gay active NBA player.

"That was so important to me, knowing that sexuality didn't matter, that the NBA was OK with it," Gordon said.

His coach, Derek Kellogg, said he had “profound respect” for Gordon in a statement, and the player said his teammates immediately expressed support for him.

NFL prospect Michael Sam, a University of Missouri defensive tackle, announced in February that he was gay.

Watch this interview with Gordon posted online by ESPN: