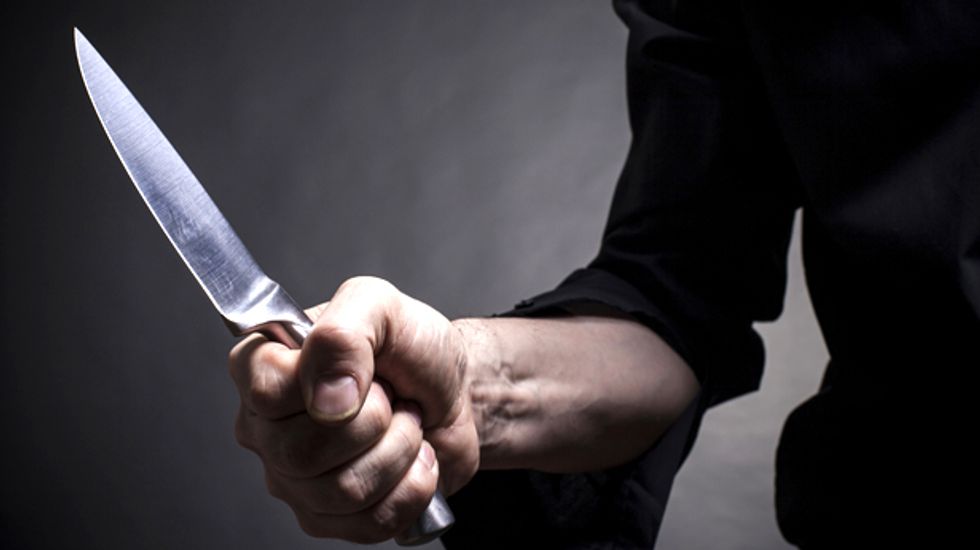 The man with a knife in a hand (Shutterstock)

A Utah man is in custody after barricading himself in a home, setting it on fire, then confronting police officers with knives tied to his hands.

Police were called out Saturday night after receiving a call of a suicidal man who had assaulted a family member, according to Fox13 Salt Lake City.

The suspect, identified as Michael Candelaria, 36, reportedly made threats to kill family members and any police officers who arrived at the home.

A police SWAT team arrived to find the home barricaded close and, while attempting to negotiate with the suspect, saw smoke begin to pour out of windows Candelaria had allegedly broken.

According to police, the suspect then exited the bedroom where he was holed up carrying a, “’spear’ type weapon and he had knives tied to his hands.”

After physically threatening and taunting the officers, Candelaria was eventually convinced to peacefully cooperate and was taken into custody.

Candelaria was booked into the Iron County Correctional Facility and faces charges of aggravated arson, domestic violence in the presence of a child, threat of violence, possession of explosive materials, and possession of a dangerous weapon by a restricted person.

Investigators said that they found evidence of accelerates and other items in the home indicating that the suspect set the fire.

[The man with a knife in a hand on Shutterstock]