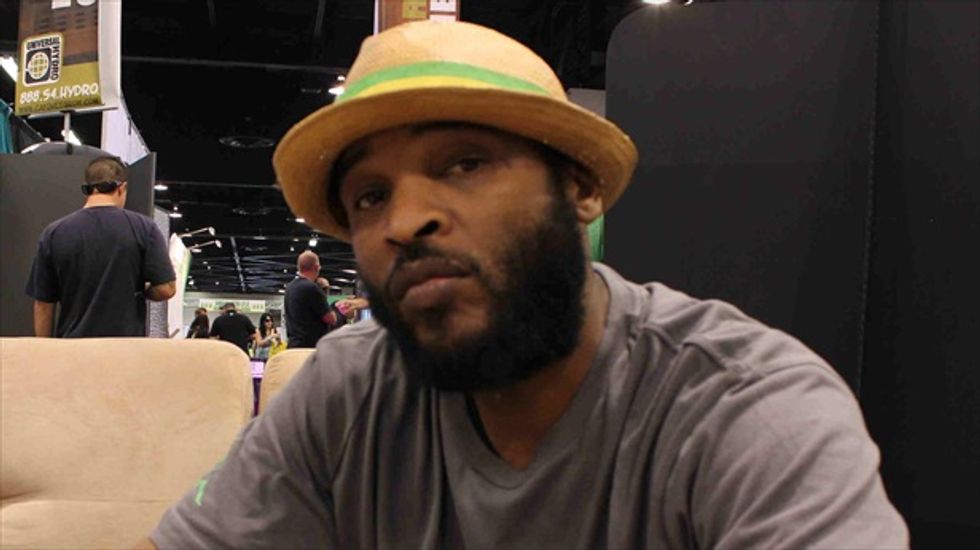 A rapper affiliated with the popular Wu Tang Clan cut off his own penis and jumped off his second-story apartment balcony in an apparent suicide attempt, TMZ reported on Wednesday.

40-year-old Andre Johnson, who performs under the name Christ Bearer, was listed in critical condition at Cedars-Sinai Medical Center in Los Angeles following the incident early Wednesday morning. One witness at the apartment building was quoted as saying that Johnson was not using "any hard drugs that would cause him to do such a thing."

The incident took place less than 24 hours after he released a new video with Rugged Monk as Black Knight. He also has an album scheduled for release on April 28, his 41st birthday.

Johnson also performs as part of the group Northstar alongside Meko the Pharoah. Their 2004 debut album, RZA Presents Northstar, stemmed from a collaboration with Wu-Tang producer and leader RZA (Robert Diggs). Neither RZA nor Johnson's Northstar colleagues have released a comment regarding the incident.

On March 7, Johnson had used his Twitter account to announce "yo to any lovely single ladys out there...im now single..." And on April 10, he wrote, "By the Grace of Allah! im turning 41 on the 28th of this month!!!"

Update, 4:58 p.m. EST: Wu-Tang Clan released a statement on its website seemingly denying any ties to Johnson without naming him. However, Wikipedia lists both Northstar and Black Knight as Wu-Tang affiliate groups.

"Parental Advisory : Don't Believe The HYPE. This Mother F*cker Ain’t Got Sh*t to do with The WUTANG Brand," the group's statement read.

Johnson's new video, as posted online on Tuesday, can be seen below.