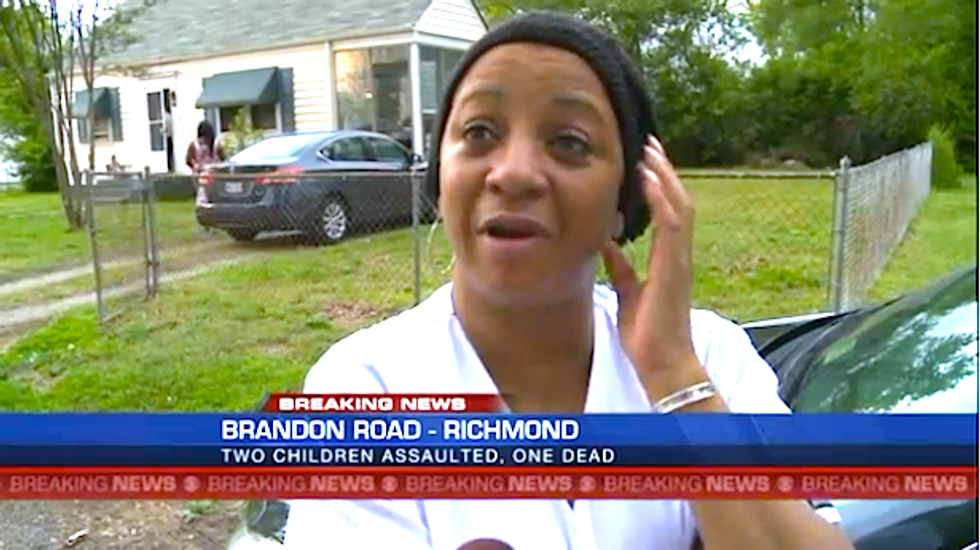 Police said a teenager beat to death a 9-year-old Virginia boy who tried to stop the older boy from raping his 11-year-old sister.

The children’s aunt said the boy and girl were playing about 6:30 p.m. Thursday along some railroad tracks in the back yard of their South Richmond home when the teen tried to sexually assault the sixth-grader.

Her brother, a first-grader, tried to intervene, and the older boy beat him with a brick, authorities said.

The suspect was initially described as a white man with scraggly facial hair, but police said the assailant threatened the victim to provide false information.

A black teen was identified as the suspect and was being medically evaluated Friday while an arrest warrant was prepared.

Neighbor Tracy Lightsey said her children often played with the victims, who she said were inseparable.