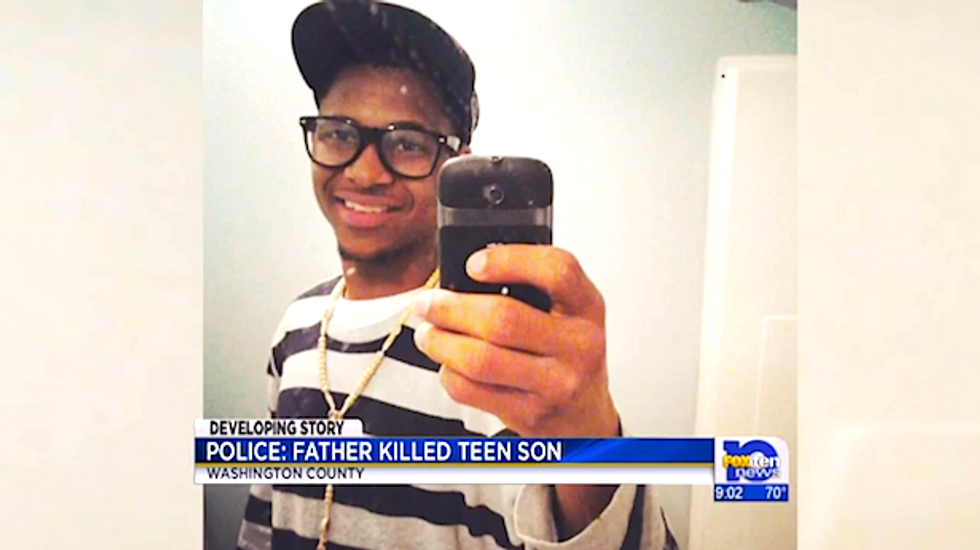 An Alabama man accidentally shot and killed his teenage son while trying to scare the boy.

Sexton Adams told police his 17-year-old son was acting in a bizarre and angry manner when he returned about 2 a.m. Friday to their McIntosh home.

Adams said he felt threatened by his son’s unusual behavior and took out his .38-caliber handgun to scare the boy.

But he said the gun fired accidentally and shot his son, Darius Adams, who was pronounced dead a short time later.

“He cocked the pistol and in the process, according to him, the pistol went off," said Washington County Sheriff Richard Stringer. "You know, it’s just a very tragic thing. The man killed his own son. It just doesn’t get much worse than that.”

Investigators are still trying to determine what caused the teen’s unusual behavior.

Neighbors said Sexton Adams was respected in his community.

His father has not been charged in connection with the shooting, which remains under investigation.