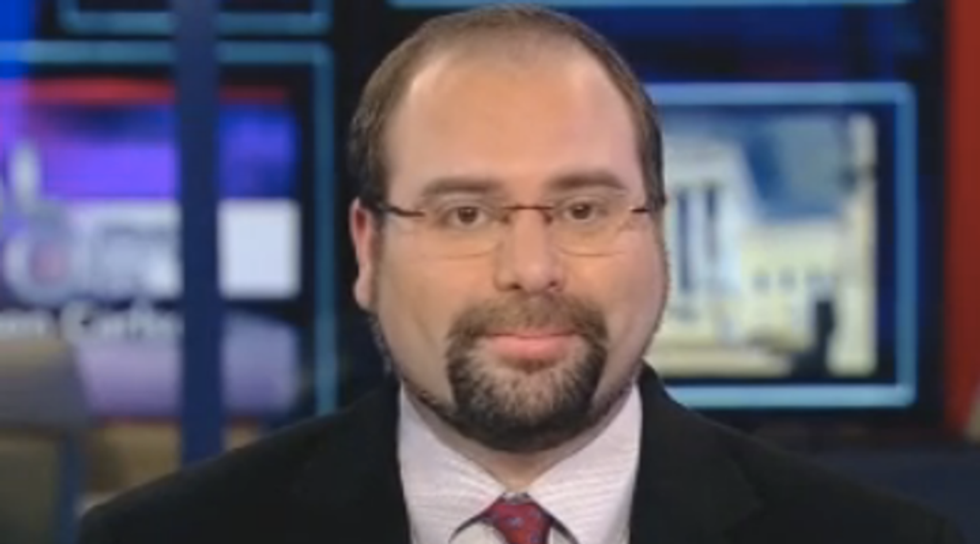 A federal judge in the Eastern District of Kentucky dismissed a suit by the group American Atheists demanding that churches be subject to the same level of federal scrutiny as secular nonprofit groups. In the ruling, issued earlier this week, Judge William O. Bertelsman dismissed the case on the grounds that American Atheists, Inc. has not been sufficiently harmed by the preferential treatment shown to churches by the government.

Dave Muscato, public relations director for American Atheists, told Raw Story in a phone interview that it's a shame Bertelsman dismissed the suit with prejudice, because he largely missed the point.

"He dismissed the case on standing," Muscato said. "He thinks that we weren't sufficiently harmed by what the IRS is doing to show that we have a stake in order to sue. The thing is, churches get special privileges that other nonprofits don't."

He explained that churches don't have to file Federal Tax Form 990, which details all of a nonprofit's spending, from staff expenditures to physical operating costs and other expenses.

"Every nonprofit has to do this, whether it's the blood bank or the humane society," said Muscato, and those filings are open to public inspection.

"If you want to know what I make for a living," he said, "it's public record because I work for an organization that's tax exempt."

Because nonprofits don't pay taxes, the government has mandated that their finances be open and explicable to the taxpayers who donate funds to the groups. Churches, however, face no such requirements.

"If you want to know what a megachurch pastor makes for a living, you have to ask him," Muscato said. "He's not under any obligation to tell you what his mansion cost or what his private jet cost and it's all tax exempt, but he doesn't have to disclose any of that."

"Our case is saying that this is a textbook example of the government showing preference to religion over non-religion, which is prohibited under the Constitution because it's unequal treatment," he said.

Bertelsman argued in his ruling that American Atheists, Inc. had not applied for the exemptions available to religious organizations and therefore are not being unfairly excluded.

"The Atheists allege that the IRS’s differing treatment of churches and other tax-exempt entities violates the Equal Protection laws of the Fifth Amendment, the First Amendment and the Religious Test Clause of Article VI, §3 of the Constitution. Doc. 1, Complaint, ¶11," the judge wrote.

He continued, "(T)he Atheists admit that they have never sought recognition as a religious organization or church under §501(c)(3). See Doc. 22, Pl. Response in Opp. to Mot. to Dismiss, pp. 2 n. 1, 4. Rather, the Atheists assert that it would violate their sincerely held believe [sic] to seek classification as a religious organization or church from the IRS."

"We can't in good conscience call ourselves a religious organization on our application because we're emphatically not religious," he said. "The point is that we shouldn't have to say that we're religious or we're not to get the same treatment from the IRS."

The judge threw the suit out, said Muscato, "on a fundamental misunderstanding of what we're looking for, which is equal treatment."