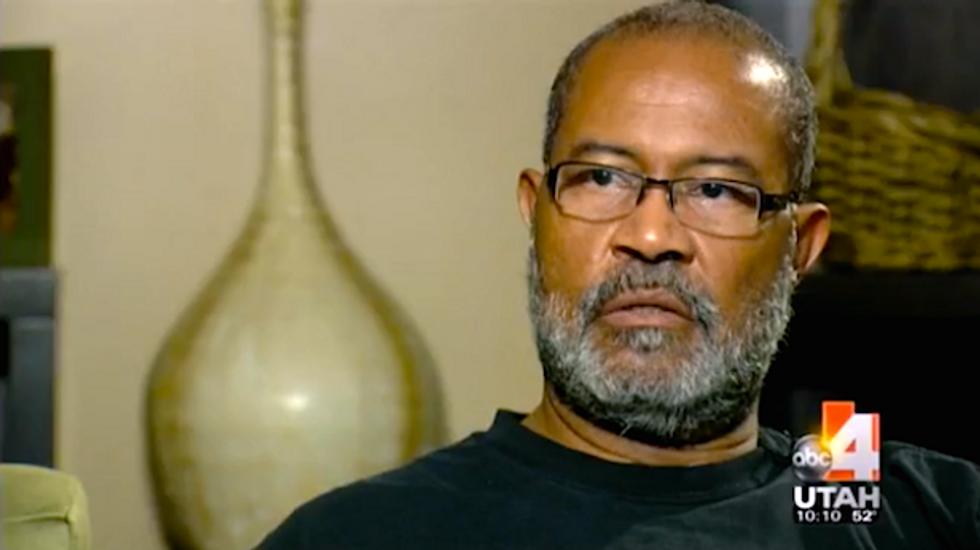 The first black detective in Colorado Springs infiltrated the Ku Klux Klan in the late 1970s after answering a newspaper ad.

Ron Stallworth explains in his book, "Black Klansman," that he went undercover for nine months in 1979 to complete an investigation of his state’s KKK chapter.

The former police sergeant said he spoke to KKK members by phone after joining the newly formed local chapter, and he sent a white detective in his place when face-to-face meetings were required.

He fit in with the group by complaining that he’d been victimized by minority groups and peppering his conversations with racial slurs.

"My sister was recently involved with a n-gger, and every time I think about him putting his filthy black hands on her pure white body I get disgusted and sick to my stomach," Stallworth told the Fort Carson soldier who returned his call. "I want to join the Klan so I can stop future abuse of the white race."

The KKK recruiter was impressed.

"You're just the kind of person we're looking for," he told Stallworth. "When can we meet?"

Stallworth, then 25 years old, earned so much trust that other members unanimously elected him to lead their chapter, and the detective received a card signed by then-Grand Wizard David Duke.

The undercover officer spoke with Duke by phone and then met him during a recruitment trip to Colorado when Stallworth was assigned to serve as his police escort.

The retired cop said his investigation revealed that KKK members were active in the military, and two Klansmen had access to nuclear weapons at the North American Aerospace Defense Command (NORAD).

Stallworth also uncovered links to other right-wing groups, such as the Posse Comitatus and American Nazi Party.

He was proud to say no child ever woke up to a burning cross during his time with the group because he had intervened to stop at least three such plots.

But the investigation ended abruptly in April 1979, when the police chief ordered it shut down and all records destroyed.

Stallworth said he quietly disappeared after he was offered the KKK leadership post and moved to Utah, where he worked in law enforcement for another 20 years.

He was mistaken for a white man another time, after he completed a report on gang activity while working in the late 1980s for the Utah Department of Public Safety.

Stallworth said the work was frequently cited by academics, and he laughed when he said one was so impressed that a white Mormon seemed to understand black gang culture so thoroughly.

Stallworth, now 60 and living in Salt Lake City, said he joined a police cadet program in 1972 designed to recruit minorities.

He said white officers commonly referred to black people using the N-word or as “toads.”

Stallworth said some colleagues referred to him as “boy,” but he was unable to respond because he was the only black on the police force and serving under the introductory probation period.

He recalled that his lieutenant issued him a cadet uniform with a hat that was much too small, and the commanding officer suggested Stallworth cut his hair to make it fit.

Instead, Stallworth said, he perched the tiny hat on his Afro and went out on patrol, where the police chief saw him and ordered the lieutenant to order a hat that fit.

Stallworth was assigned to go undercover in 1975 and go to a speech by Black Panther leader Stokely Carmichael, who was considered a dangerous revolutionary by the white establishment.

He wore a wireless microphone to the nightclub and shook hands afterward with Carmichael, who he asked if a race war was really inevitable.

"Brother, arm yourself and get ready because the revolution is coming and we're gonna have to kill whitey,” Carmichael said, pulling him close. “Trust me, it is coming."

Shortly after that assignment, Stallworth was appointed the department’s first black detective, in the narcotics division.

He worked as a police officer until retiring in 2005, when he finally revealed his undercover work with the KKK.