Charlie Crist: 'Intolerable' racism and hate for Obama is why I left the GOP 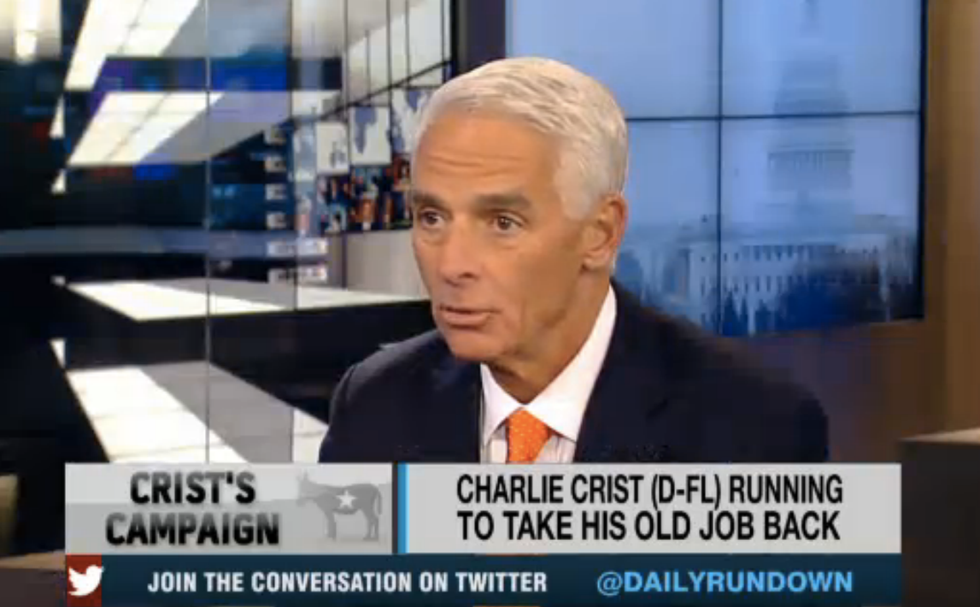 In an interview with Jorge Ramos of Fusion TV, former Florida Gov. Charlie Crist explained that he left the Republican Party because the racism toward President Obama was "intolerable."

Huffington Post reported that the now-Democratic candidate for governor said, "I just couldn't take it anymore" in the GOP.

"I saw what was happening with the Republican Party," said Crist. "They're perceived now as being anti-woman, anti-immigrant, anti-minority, anti-gay, anti-education, anti-environment. I just wasn't comfortable."

Ramos countered that Crist only left the Republican Party when it became clear that he was going to lose the race for U.S. Senate to now-Sen. Marco Rubio (R), which Crist denied.

He went on to say that he couldn't stay with a party that was "so unfriendly to the African-American president. I'll just go there."

"Because I was a Republican, I saw the activists and what they were doing," said Crist, "and it was intolerable to me...and I saw how the party -- some of them -- were treating the African-American president and I couldn't take it anymore. That's a big part of why I left the party."

Watch video about this story, embedded below via Fusion TV: