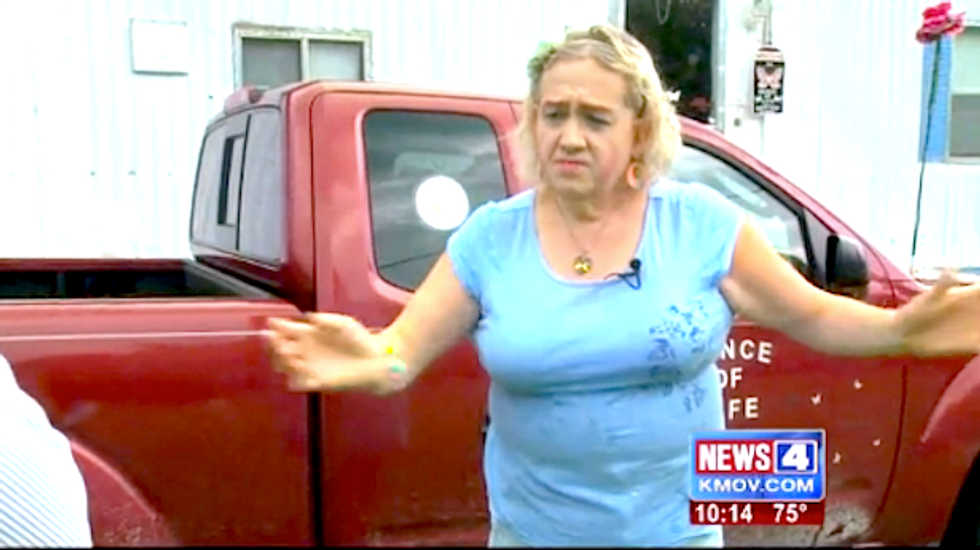 A Missouri woman said she was asked to leave the dance floor at an arts festival because she is white.

Susan Stone, who posts online videos of herself dancing in various costumes, said an event staffer asked her to stop dancing at the African Arts Festival in St. Louis and made a racist remark.

“He tells me, ‘You can't be doing this here; this is an African-American event, (and) you can't be at this event (because) you're not black,'” Stone said. “I feel angry because they're missing out on the beauty of everything. We're all supposed to get along together – that's what God says.”

Stone said she recorded the incident on video camera, which she has posted on her YouTube channel.

The event’s co-chairman said Stone was disruptive between performances and uncooperative after she was asked to stop, but he said the employee acted inappropriately.

“That's something that's unacceptable, and that's an apology from me, because we want everyone to showcase their talents and their abilities,” said co-chairman Jason McNairy.

Stone wears tutus, butterfly wings, and wigs and frequently carries a parasol to festivals around the city, where she performs interpretive-style dances that she records and then posts online.