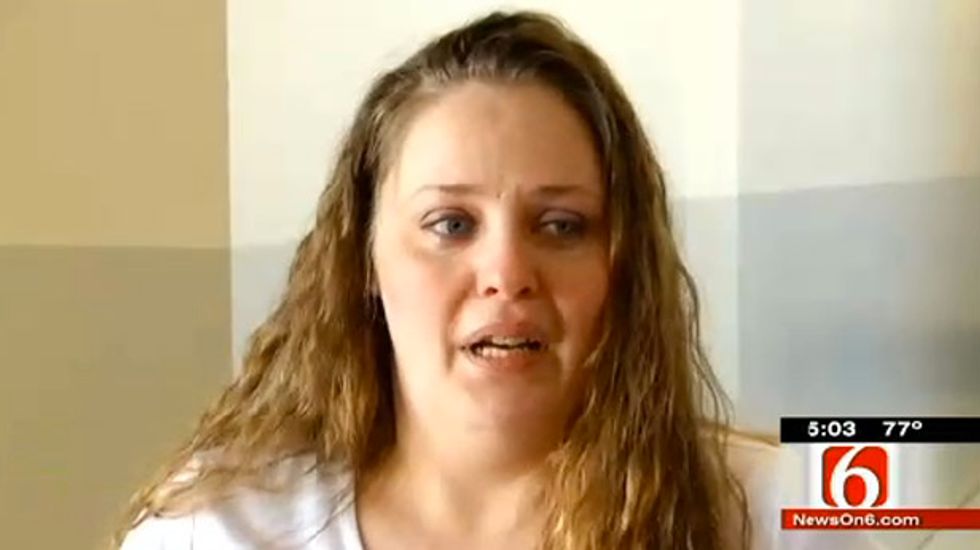 A Tulsa woman was released from prison on Friday after new DNA tests cast doubt on evidence presented at her trial twenty years ago when she was convicted of murdering her son, reports Newson6.

Michelle Murphy was convicted for killing her 15-week-old baby, Travis, who was found by police nearly decapitated on her kitchen floor in 1994.

Murphy was sentenced to life in prison without the possibility of parole.

Prosecutor Tim Harris, who led the case against Murphy in '94, said that he had no choice but to ask the court to vacate the sentence based upon the new DNA tests.

"I have to make tough decisions. When I realized that the DNA evidence proved that my argument, that it was not the child's blood, was incorrect; I'm making an argument to the jury that I find out on science was not an accurate statement," said Harris. "My heart of hearts says I've got to make that right and that's what I did."

Murphy's attorneys said that she was prosecuted because of bad police work and pinned the blame on Harris, stating that he lied to the jury in 1995 and failed to do anything in 2005 when questions were raised concerning the blood evidence.

Upon her release, Murphy told reporters she was "ecstatic."

“I want to learn to have a life I’ve been denied for 20 years,” she said, adding that the past twenty years in prison have been “like hell.”

In 1994, the defense blamed a teenaged neighbor of Murphy's, William Lee, who was never charged and died later that year.

Muphy's attorneys received assistance from The Innocence Project, an organization that assists convicted prisoners in efforts to prove their innocence through DNA testing. With their help, Judge Kellough was convinced to order forensic DNA testing on several items of biological evidence from the crime scene, including specimens previously gathered from the corpses of Lee and the baby.

Murphy has been released on $10,000 bond and must wear a GPS device on her ankle pending prosecutor's decision on whether they wish to retry the case.

Her next court appearance is set for June 24.

Watch the video below from NewsOn6: