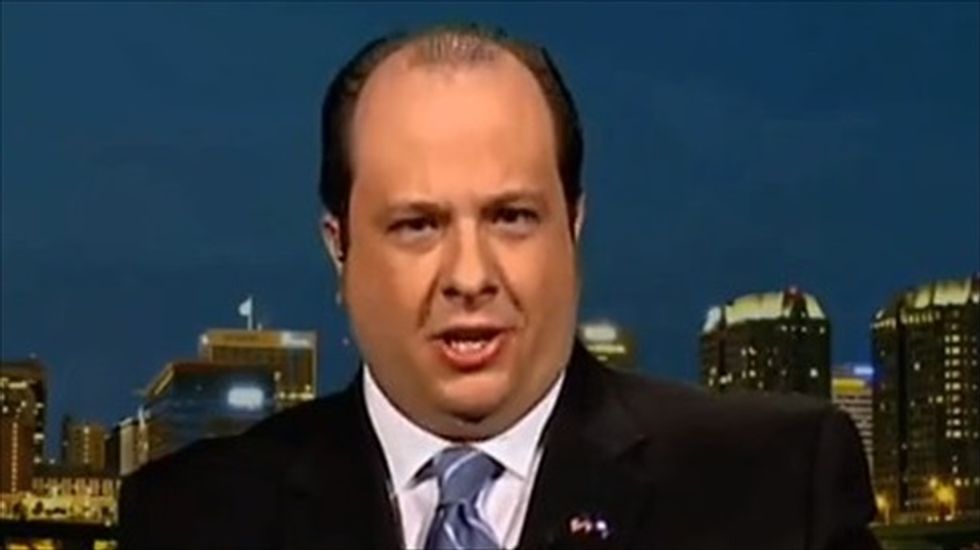 A Virginia man who claims he is running as a “liberal Democrat” against Republican Eric Cantor fired up online conservatives yesterday with a Twitter message that referenced several prominent right-wing women.

“Picking between @GOPLeader Eric cantor & tea @DaveBratVA7th is like a F, Marry, Kill between @michellemalkin @ehasselbeck & @SarahPalinUSA,” he tweeted.

Mike Dickinson, who has a history of making provocative statements in order to gain attention, claims to be running as the Democratic nominee for the House seat representing Virgina's 7th district although he never filed papers to run.

With no candidate coming forward  before the filing deadline, the Democratic party is not fielding a candidate in the district

Dickinson gained national attention when he appeared on Greta Van Susteren’s show saying he intended to wage "war" on the Tea Party.

Afterward, it was revealed that Dickinson had told party officials at the “last minute” that he would not run, although he still maintains an official website and tweets on a 'Dickinson for Congress' twitter account, @VoteMike2014.

'F, marry or kill,' refers to a game played by young people where they go through a list of friends or celebrities and, for each one,  must declare whether they would  'f*ck, marry or kill' that person.

Predictably, the tweet watchers at Twitchy were offended by the comment, calling Dickinson a "unhinged lefty," adding "Mike Dickinson is very real, and seething with hatred for all things Tea Party, not to mention women on the Right."

Later Twitchy acknowledged, "Dickinson failed to meet the deadline and would not be on the ballot as a Democrat," although Dickinson has maintained that he will be on the November ballot as a 'liberal Democrat."