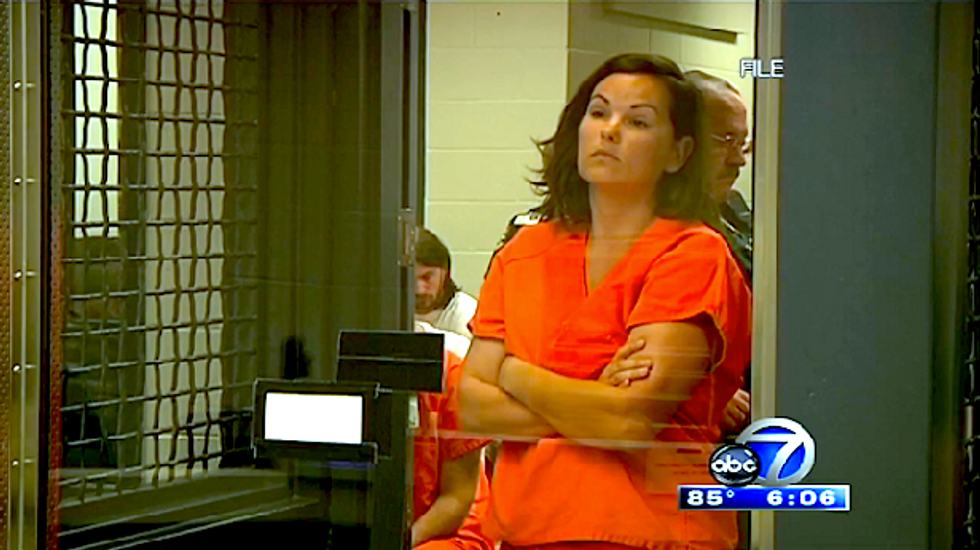 A former Florida cop won’t face sexual assault charges in connection with a wild, sexually charged party attended in March by other officers -- including one who killed himself rather than be taken into custody.

The state attorney’s office declined to charge Melanie Turner, who resigned last week from the North Port Police Department, saying there was not enough evidence to prove the victim did not consent.

Authorities said 44-year-old Ricky Urbina shot and killed himself March 20 as Sarasota County sheriff’s deputies were on their way to arrest him at a prearranged location on related charges.

Based on interviews with 10 witnesses, investigators said the 33-year-old Turner kissed, exchanged sexual texts, and played sexually themed party games – such as “dirty Jenga” – with the victim, who hosted the party.

Turner and the alleged victim flashed their breasts and consumed large amounts of alcohol during the March 1 party, and witnesses said the other woman challenged an off-duty officer she didn’t know to pat her down and find a bottle cap in her brassiere.

Witnesses, including firefighters and other police officers, said Turner and fellow North Port Officer Ricky Urbina handcuffed the victim and took her into a bedroom for a “cavity search or body search.”

The officers then removed the victim’s clothing and fondled and kissed her until she looked out an open window and began to worry.

“If (my boyfriend) sees what you are doing to me, he will kill you,” the woman said, according to court documents.

Turner and Urbina took off the woman’s handcuffs, investigators said, and they stopped their sexual activity.

“The victim's actions and demeanor to the defendant and co-defendant had been that she was a willing participant in the activity, and she never communicated her change in consent at any point as the sexual activity progressed,” prosecutors said.

“We have to prove that the sexual activity occurred against the victim's will, and that the defendant had a reason to know that,” Assistant State Attorney Andrea McHugh said Monday. “In this case, the evidence does not support that because of the activity leading up to what happened in the bedroom.”

Investigators said the alleged victim did not remember flashing her breasts, kissing Turner, or simulating oral sex before going into the bedroom.

"My client is very, very disappointed she made a claim against law enforcement seeking their help for a battery against her and that’s not going to be prosecuted,” said the victim’s attorney, Andrea Mogensen. “Obviously that hurts.”

Prosecutors indicated officers had attended similar parties in the past.

The case remains under an internal affairs investigation by the police department, and they hope it will be completed by Friday.

“It doesn't say anything about the culture here,” said Police Chief Kevin Vespia. “It talks about the actions of a few officers. We have great officers here. Unfortunately, everybody's a human being.”

The 44-year-old Urbina shot and killed himself March 20 as Sarasota County sheriff’s deputies were on their way to arrest him at a prearranged location.

Turner, who was reprimanded in 2006 for an on-duty relationship with a supervisor, had faced false imprisonment and sexual battery charges in connection with the case.

She also was previously reprimanded for handcuffing her then-roommate and putting her in the back of her patrol car after threatening to hang herself under a tree where she and a patrol sergeant had first kissed.

She completed a department-ordered psychological evaluation and substance abuse counseling and returned to work.