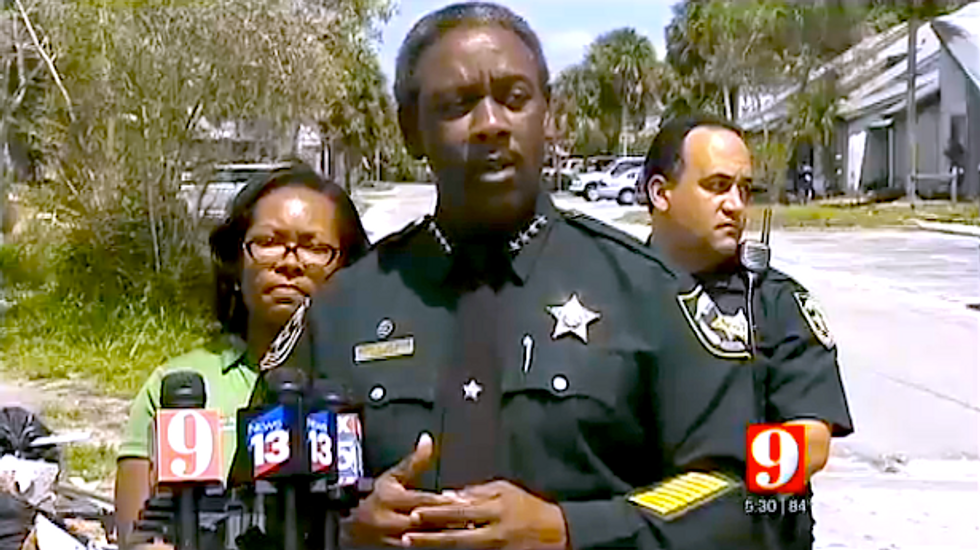 A Florida sheriff’s news conference on gun violence was interrupted Monday by gunfire.

Sheriff Jerry Demings and Orange County Commissioner Tiffany Moore-Russell were addressing concerns about Orlando’s Tymberskan Apartments, where two homicides have been reported this year and deputies respond to an average of six calls a day, when the shots were fired.

"I don't know if that's gunfire or what that we hear in the background, but that's part of the challenges we have," Demings said.

The sheriff said trash bags pile up along street curbs at the apartment complex, which does not have trash collection.

Water and power will be cut off to many residents in coming weeks over unpaid bills, as well.

“None of us should have to live like that in 2014, and that's the concern that we have," Demings said. "These are social issues that we have that end up being a crime problem."

County commissioners will discuss the situation at their June 3 meeting.