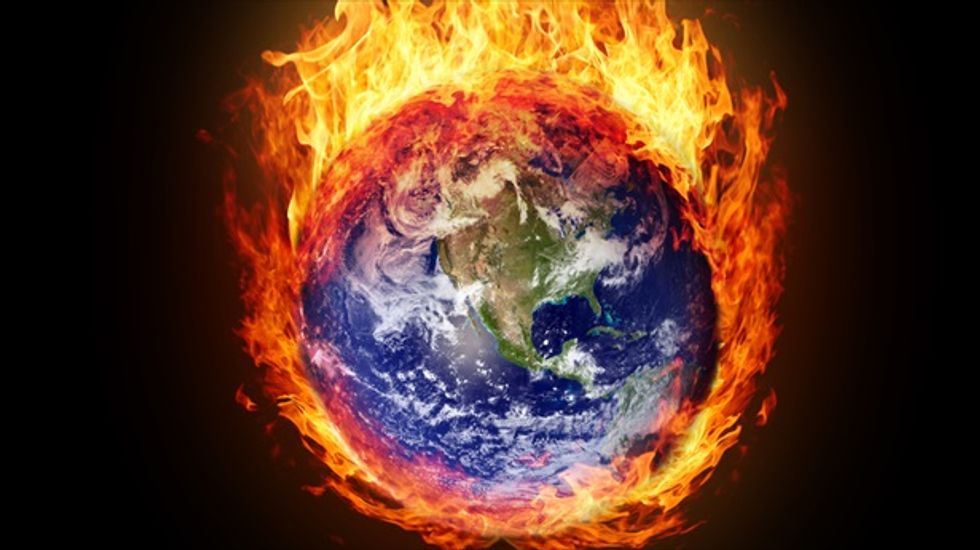 Environmentalism is undergoing a radical transformation. New science has shown how long-held notions about trying to “save the planet” and preserve the life we have today no longer apply.

Instead, a growing chorus of senior scientists refer to the Earth with metaphors such as “the wakened giant” and “the ornery beast”, a planet that is “fighting back” and seeking “revenge”, and a new era of “angry summers” and “death spirals”.

Whether you consider yourself to be an environmentalist or not, the warnings from Earth system science have far-reaching implications for us all.

In its early days, the science of ecology showed how easily complex ecosystems could be degraded and species obliterated. In 1962, by observing the damage to humans and nature caused by factories and industrial agriculture, Rachel Carson in Silent Spring presented nature as highly vulnerable to destruction by the power of synthetic chemicals.

The early view of nature as fragile, that is, easily disrupted and unable to repair itself, has been tempered somewhat by evidence that many ecosystems are more resilient and can adapt to new circumstances.

But whether fragile or robust, the Earth has been understood as unresponsive, neutral and essentially benign.

This understanding has various expressions, including “Mother Earth” as nurturing, feminine and easily damaged entity. The notion of living harmoniously with nature took hold, inspired by images of pre-industrial peoples living close to the natural world.

Underlying these conceptions is a view that, while humans can cause a great deal of damage, nature is passive and always our victim.

Yet now we see that the planet has been disturbed from its resting state, jolted out of the providential era of climatic stability characteristic of the last 10,000 years, and is now on a new and largely uncontrollable path that is creating conditions dangerous for human life.

The rise of Earth system science – which has brought together many different fields of science so that we can better understand how the Earth’s atmosphere, oceans, land and other systems work together – has changed the way we see the world.

Now, the Earth is understood as a dynamic system with strong feedback effects, which can suddenly shift it to a new state when critical points are crossed.

So profound has been the influence of humans that scientists have proposed that the Earth has entered a new geological epoch, the Anthropocene or the Age of Humans, defined by the fact that the “human imprint on the global environment has now become so large and active that it rivals some of the great forces of Nature in its impact on the functioning of the Earth system”.

At some point, we graduated from adapting to our environment to making it adapt to us … But now we regularly decelerate and accelerate natural processes, focus energy in extraordinary ways and alter, destroy or create ecosystems.

That means we must no longer see the Earth as the submissive repository for supplying our resources or taking our wastes, nor as the docile victim of our rapacity or carelessness.

This newer understanding of the Earth has been vividly expressed by palaeoclimatologist Wally Broecker:

The palaeoclimate record shouts out to us that, far from being self-stabilizing, the Earth’s climate system is an ornery beast which overreacts even to small nudges.

When the Earth is understood this way, the task of environmentalism can no longer be to “save” or preserve the planet, for the planet we wanted to save has already become something else. Our task now is to do what we can to pacify, or at least not aggravate further, something vastly more powerful than we are.

If we have wakened the slumbering beast by poking and prodding it, the prudent course is firstly to stop. But we cannot put it back to sleep.

There is no return to the peaceful conditions of the Holocene, at least not for thousands of years; but to provoke it further, as we still are, is foolishness on an epic scale.

Yes, the Earth still demands our respect, but it is a respect founded on trepidation rather than love. If we are inclined to think of the planet as Gaia, we would do better to regard it not as the all-loving, all-nurturing Mother Earth of the romantics, but more like the half-crazed, bloodthirsty and vindictive goddess of the original Greek tales.

Some like French philosopher Michel Serres have argued we must negotiate a new contract with nature. Under the terms of this natural contract humanity would reject mastery “in favour of admiring attention, reciprocity, contemplation, and respect”. The contract would grant nature rights and make reparations.

Twenty years ago, that kind of thinking seemed to make sense. But today we must ask whether the Earth, roused from its slumber, is in any mood to sign a contract with us.

Earth system science now teaches us that the planet to which we might have hoped to graciously offer a peace deal – the receptive, predictable object of our exploitation and neglect – existed only in our imaginations.

The Earth does not want our love. Instead of talking restitution, would we perhaps be wiser to be preparing for retribution?

This article is based on a speech at this year’s Sydney Writers' Festival.

Clive Hamilton does not work for, consult to, own shares in or receive funding from any company or organisation that would benefit from this article, and has no relevant affiliations.

Lies are a denomination of power. The bigger the lie, the more power it represents. Right now in this country, we are being treated daily to the Big Lie that Donald Trump was the true winner of the presidential election of 2020, and the only reason he's not in the White House right now is because the election was stolen from him.