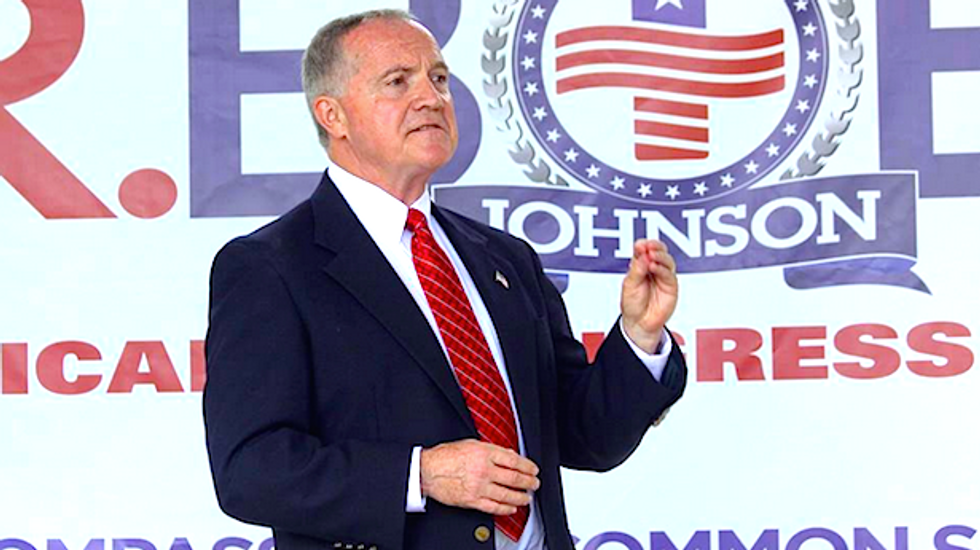 A Georgia Republican candidate said he would rather see another terrorist attack than submit to the “jack boot” thugs in the Transportation Security Administration.

Bob Johnson, a Savannah surgeon running in the First Congressional District GOP primary, made the remarks during a February campaign appearance, but video of the event was first reported Tuesday by Politico.

“The TSA is doing something really profound -- they’re indoctrinating generations of Americans to walk through a line and be prodded and probed by uniformed personnel, agents of the government, like sheep,” Johnson said during a campaign forum in Waycross.

“Now this is going to sound outrageous,” Johnson continued. “I’d rather see another terrorist attack — truly I would — than to give up my liberty as an American citizen. Give me liberty or give me death. Isn’t that what Patrick Henry said at the founding of our Republican — or, republic?”

Sources told the Atlanta Journal-Constitution that all the other Republican candidates were present at the event.

“People are saying, ‘Now everyone wants security before anything else. I want a perfectly safe flight,’” Johnson said. “You’re not going to have it. We’re going to have jack-boot uniformed people in our backyards.”

State Rep. Jeff Chapman of Brunswick and physician Earl Martin of Blackshear can be in the video flanking Johnson, but they did not visibly react to his remarks.

State Sen. Buddy Carter is considered the frontrunner, the newspaper reported, with Johnson and businessman John McCallum his most likely runoff opponents in the solidly conservative district.

Farmer Darwin Carter is also among the candidates vying to replace Rep. Jack Kingston (R-GA), who is running for the U.S. Senate.

A spokesperson for Johnson said Tuesday that the candidate described his remarks as “stupid,” but he repeated his criticism of the TSA.

“As a 26-year Army Ranger, head and neck surgeon and even a Christian medical missionary, I’ve sworn my life to defending this country and keeping people safe,” Johnson said in a statement. “And as a Constitutional conservative, it angers me that we are giving up our liberty to the bureaucratic TSA and spying on our own people in the name of false security and that has to stop.”

“I’m very passionate about the ideals of liberty, freedom and maintaining a strong national defense, and these conservative ideals shouldn’t be at odds with each other,” Johnson added. “In the heat of the moment, while making the point that I would much rather fight the enemy than our federal government, I said something stupid and should have chosen my words more carefully.”