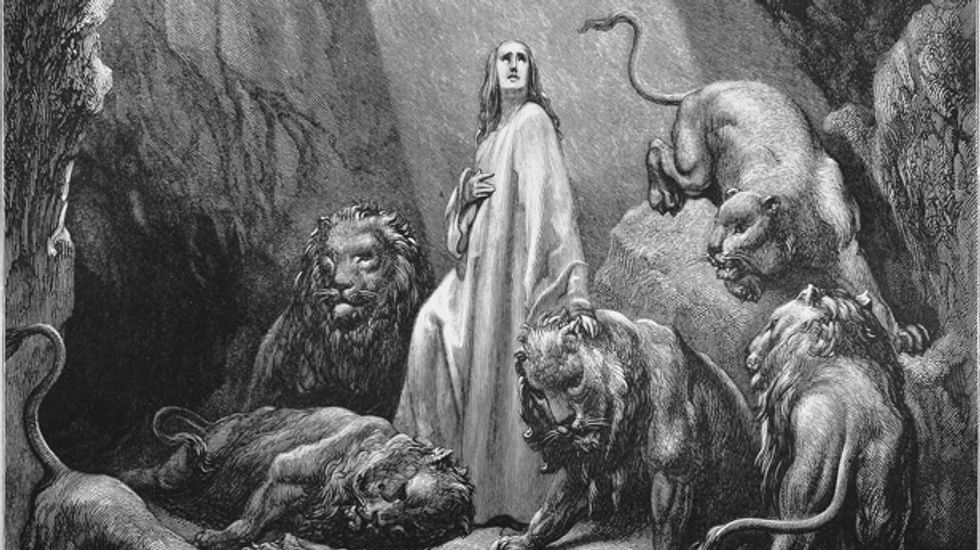 Following the disastrous attempt by the state of Oklahoma to execute a death row inmate last week, a GOP lawmaker said he didn't care if inmates were executed by "being fed to the lions."

Republican state Rep. Mike Christian told reporters he doesn't care whether inmates are executed by injection, electric chair, firing squad, hanging, the guillotine or "being fed to the lions," according to News9 Oklahoma.

Christian's comments came in defense of the botched execution of Clayton Lockett, who died of a heart attack 45 minutes after the state attempted to execute him by lethal injection.

Lockett reportedly writhed in agony after receiving an injection, causing state officials to stop the execution midway through the process. Officials said the drugs did not properly make it into the inmate’s blood stream.

Oklahoma Gov. Mary Fallin has ordered an independent review of the state's execution procedures and has halted all executions until the review is completed.

Christian previously announced plans to impeach five state Supreme Court Justices who had granted a stay of execution for Lockett and another inmate, saying their decision showed violated their oath office,

The lawmaker stated their decision “constitutes a willful neglect of duty and incompetence.”

[Daniel in the Lions Den on Shutterstock]