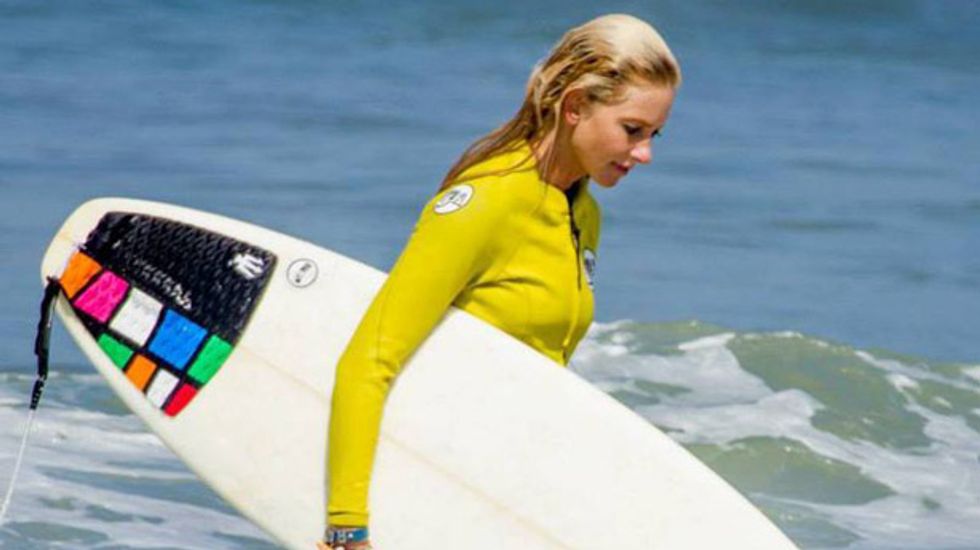 A self-described 'surfer girl' is being held on $1 million bail after intentionally running down a 73-year-old woman and then attempting to back up over her again in what police have called a road rage incident.

According to ABC, Jill Hansen, 30, who describes herself as a professional surfer and model, followed Elizabeth Conklin, 73, of Honolulu into her parking garage, waited for her to exit her car, and then accelerated knocking the elderly woman to the ground.

According to witnesses, Hansen was about to put her car in reverse and run the woman over again when a neighbor took a crow bar and smashed out the back window on Hansen's car.

Hansen then fled on foot, leaving her car which police used to track her down and arrest her hours later.

Authorities have charged Hansen with attempted murder and she is being currently being held on $1 million bail.

Conklin told police that she thought that Hansen wanted to steal her car, however a report at Radar Online states that Conklin may have had an on-street altercation with Hansen, provoking the younger woman to follow her into the garage and lay in wait for her.

According to The Daily Mail, Hansen is  already facing a pending assault case and had been ordered to undergo a psychiatric evaluation.