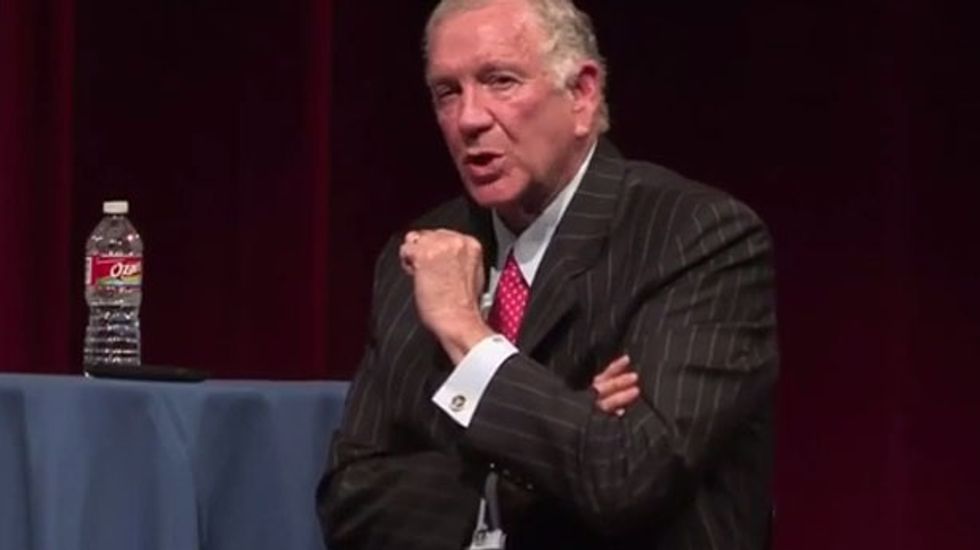 Houston Baptist University president Robert B. Sloan, Jr. said last Friday that same-sex marriage was not a civil rights issue because being gay was like being an alcoholic.

The head of the Christian college in Texas was asked about the issue during a "Faith in the Public Square" event with Sen. Ted Cruz (R-TX) and WORLD Magazine chief editor Marvin Olasky.

"Ethnicity, skin color, is not the same thing as behavior," Sloan remarked. "Same-sex behavior -- behavior is different. This is the kind of thing that people make very superficial sort of assumptions about and part of the assumption there is that sexual preferences are just as given as skin color or ethnicity. It is simply not the case."

Being a person who identified as gay or lesbian was more like being an alcoholic or an arsonists, he claimed.

"All of us as human beings may have proclivities and tendencies," Sloan continued. "You may have a certain genetic tendency towards alcoholism, maybe one person can endure more alcohol consumption than someone else, we all have different tendencies. But fundamentally, we are talking about a behavior. If I have a tendency towards arson or theft, then I have to fight that temptation more, but again, the difference is between a given of nature and a certain kind of behavior."

"Even though you have a proclivity towards a certain kind of behavior, as Christians we are trying to say that, look, a man and a woman ought to enter into marriage, they ought to have a covenant together, they ought to make a marital commitment, they ought to keep that promise, and that sexual experience is a great gift and joy and pleasure and responsibility given by God that can be celebrated, and should be celebrated within the confines of marriage, and anything else is actually a denigration of this very great gift of God."