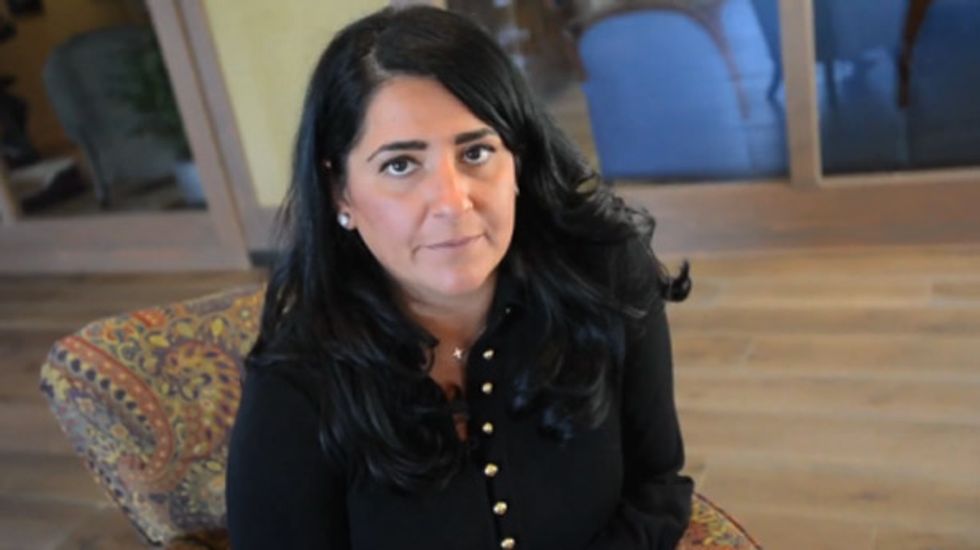 A Bay Area Catholic school teacher is suing the school and Archdiocese of San Francisco for looking the other way while athletes at the all-boy school sexually harassed female teachers, according to the Contra Costa Times.

Kimberly Bohnert, a biology teacher and campus minister at Serra High School in San Mateo, claims in her lawsuit that school administrators failed to protect her from sexual harassment from students that ranged from  sexually explicit tweets, and graffiti to a competition among school athletes to obtain up-skirt videos of female instructors.

Following previous complaints from female teachers, the school held a student assembly to discuss the legal ramifications of inappropriate texting and Internet activity.

According to Bohnert, those efforts were not enough and continuing harassment from football, baseball, basketball and lacrosse players forced her to go on leave out of concern for her safety.

The lawsuit describes an incident in February 2012 where school staff discovered sexually explicit and violent graffiti on the boy's bathroom wall targeting Bohnert. Although administrators told her they would look into it Bohnert said she never heard anymore about it.

"I was hoping the students would be held accountable," Bohnert said. "To not get any resolution spoke volumes about how the kids could get away with anything."

In November 2012, sexually explicit tweets targeting Bohnert were uncovered, but again administrators did nothing, Bohnert said.

On May 17, 2013, Principal Barry Thornton called Bohnert into his office and shared a rumor that a student had secretly filmed under her dress while she was teaching. After leaving the office she approached three students and asked them about the video. The students confirmed the existence of the video and one of them described it to her in detail.

"One kid was describing my private parts in the hallway," she said. "It was humiliating. I was mortified."

Ultimately the school expelled six students, but Bohnert claims the school only acted after she told them she was going to the police.

During the course of the police investigation, one student told police, " ... there is major bragging rights to anyone who can obtain the photo of a teacher. He said that person instantly becomes very popular and has an infamous status."

Serra High School released a statement from school President Lars Lund stating: ""Last year's incident was tragic, and the disrespect shown by certain former students did not reflect what we teach and model here at Serra High School. We felt a deep level of compassion for the teacher. We immediately contacted the San Mateo Police Department and fully cooperated with them during our mutual investigations."

Explaining the lawsuit, Bohnert's attorney Deborah Kochan, said, "Even though they are a private all-boys school, even though they are run by the Archdiocese of San Francisco, they are like any other employer and have an obligation to protect their employees from sexual harassment."

"Once it happens they have a legal obligation to investigate to understand the full scope and then to fix it."

Bohnert said, "I'm hoping for the administration to recognize the seriousness of the issue and I'm hoping the school makes some real change to make Serra a better place and to allow these boys to be in a culture that respects one another."

In her lawsuit she is seeking back pay and unspecified general and punitive damages.

Watch the video below from the Contra County Times: