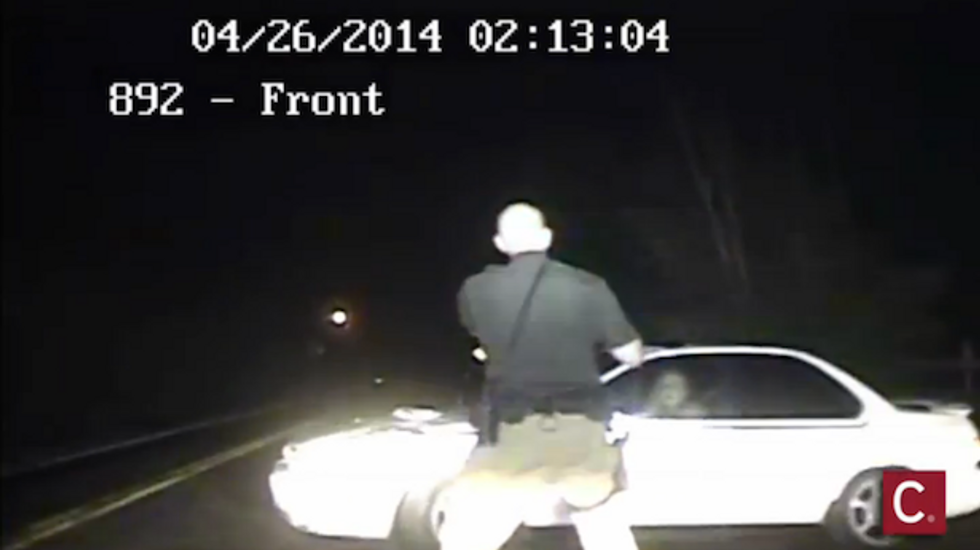 Kentucky state police declined to investigate the fatal shooting of a 19-year-old woman by a sheriff’s deputy, saying the Boone County sheriff had waited too long to ask for help.

Deputy Tyler Brockman shot and killed Samantha Ramsey in the early hours of April 26 as she tried to drive away from a party in a field along the Ohio River.

The deputy, who was investigating reports of underage drinking, said he grabbed onto the hood of Ramsey’s 2001 Subaru with his left hand and felt the car beginning to speed up – so he thought the driver was about to kill him.

So he fired four shots into the car’s windshield, striking the Covington woman twice in the chest and once in each arm. The deputy initially believed he had fired just three rounds, investigators said.

She was pronounced dead a short time later at a nearby hospital.

"Overall, Deputy Brockman discharged his weapon as he felt he was about to be killed by the female, and had no other choice in the matter of stopping that threat," Brockman wrote in his statement, using the procedural third-person voice. "The shots were fired not only to save his life, but also the pedestrians walking on the road and the officers currently just down the road initiating other arrests."

Boone County Sheriff Michael Helmig asked Kentucky state police on Thursday to investigate the shooting to avoid “any cloud of wrongdoing,” but state police turned down the request.

They said current policy and protocol prevented them from running the investigation because too much time – 125 hours – had passed since the fatal shooting.

State troopers will, however, offer technical and investigative assistance in the case.

A dashboard camera in Brockman’s police cruiser recorded the moments just prior to the shooting, which takes place just outside the camera’s range, and the microphone was broken and did not record sound of the incident.

The camera shows Ramsey pulling out of a driveway to turn east onto River Road as the deputy walks alongside the driver’s side door, but the car drives out of the camera frame.

A sheriff’s department spokesman said after the shooting that Ramsey sped up and struck the deputy, but one of her passengers said Brockman was not struck but instead jumped onto the hood.

The deputy said Ramsey “punched the gas” and struck him as she turned left, which he said caused him to jump to avoid being run over and possibly killed.

"The vehicle was still moving in the direction of Deputy Brockman as (he) attempted to stumble out of the way of the vehicle as to not be run over," Brockman said his statement. "Deputy Brockman kept his handgun aimed at the car but fired no more rounds. The vehicle eventually came to a stop."

The case will be handed over to Boone County Commonwealth’s Attorney Linda Tally Smith, who will then decide whether to present the evidence to a grand jury.

Brockman has been placed on administrative leave as called for in department policy.