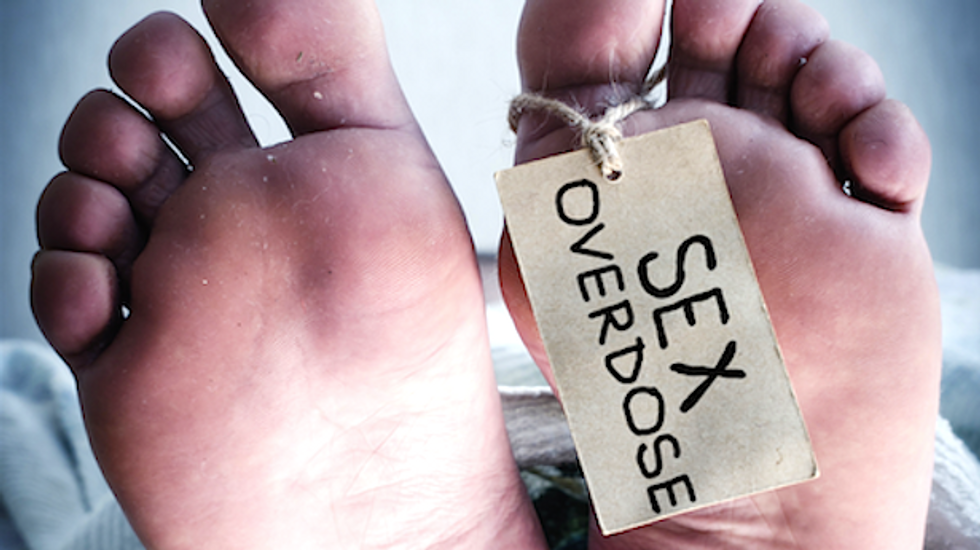 About 125 parents and children watched recorded interviews with a pimp and prostitutes, learned about human trafficking, and saw graphic images of people who were maimed as a result of methamphetamine exposure, reported the Las Vegas Sun.

Two teens gave dramatic performances about a girl who died from abusing diet pills and another who contracted a sexually transmitted disease as a prostitute, and each monologue ended with the girl climbing into a body bag.

Laura Dietsch, a former reproductive health educator, said she didn’t see any facts that girls could apply to their own lives, and she though the presence of police officers in Metro polo shirts with their guns holstered sent a confusing message.

“I wonder if anybody came away with the idea that premarital sex is criminal,” Dietsch said.

Coward said Las Vegas police co-sponsored the event but did not help pay for it, saying the event was funded through community organizations.

Officers from Bolden Area Command and the Nevada Black Police Association volunteered their own time, she said.

Coward said another event, “Choose Courage,” is planned for boys.