Lynne Cheney: 'One would hope' all Clinton mistresses get mag covers before Hillary runs 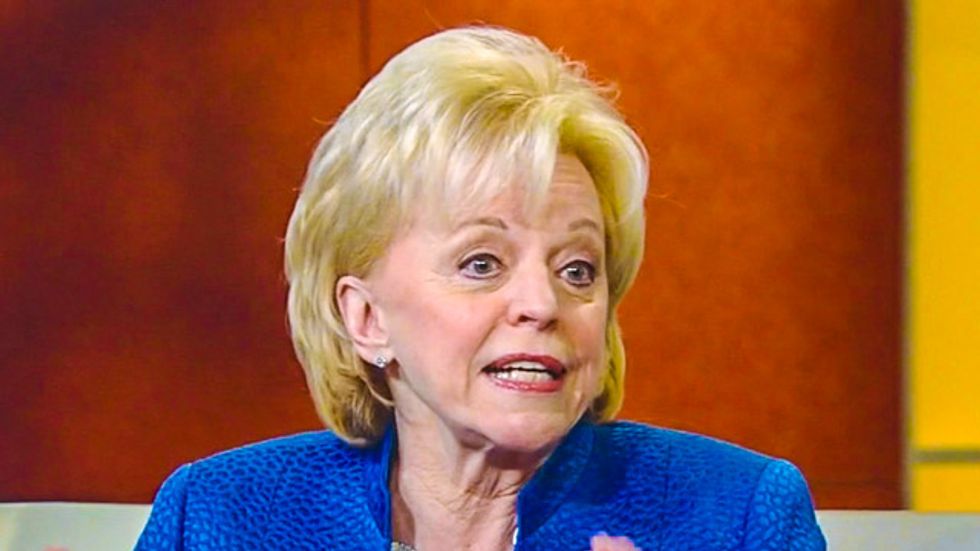 Lynne Cheney, the wife of former Vice President Dick Cheney and mother of Fox News contributor Liz Cheney, on Wednesday called for the news media to interview all of former President Bill Clinton's alleged mistresses prior to his wife's run for the White House.

In a column for Vanity Fair, former White House intern Monica Lewinsky spoke out this week about her affair with the former president. She pointed out that the affair "was a consensual relationship," and that it was "time to burn the beret and bury the blue dress."

Speaking to Fox News on Wednesday, Lynne Cheney put forward a theory that the Lewinsky article was part of conspiracy to get Hillary Clinton elected because Vanity Fair would never have run the story without her blessing.

"Politics -- and I've been lucky enough to have a front-row seat on it for a while -- it's never what it seems," she declared. "You know, there's always an explanation below the surface that's usually more accurate than what you immediately leap to."

"And in this case, I just can't imagine Vanity Fair running an article that the Clintons wouldn't approve of," the former vice president's wife continued. "And it seems so timed to inoculate Ms. Clinton's campaign against this kind of thing popping up later."

Doocy agreed, but he wondered why the magazine should stop there.

"If Vanity Fair is going to do this, do you think they're going to do something with Paula Jones or Jennifer Flowers or that [Juanita] Broderick woman?"

"Well, one would hope," Lynne Cheney laughed. "I have a great empathy/sympathy for Monica Lewinsky, and I do think she's been suffering. But I'm sure if you were able to sort if all out, Vanity Fair probably reached out to her. And the article came about that way."

Lynne Cheney went on to claim that James Madison, the fourth president of the United States, would be "appalled" by the way that President Barack Obama has decided "for himself what the law should be" on health care reform, and immigration enforcement.

"So, I think he would be troubled at the constitution becoming, not the rule of law, but the rule of a man," she opined.