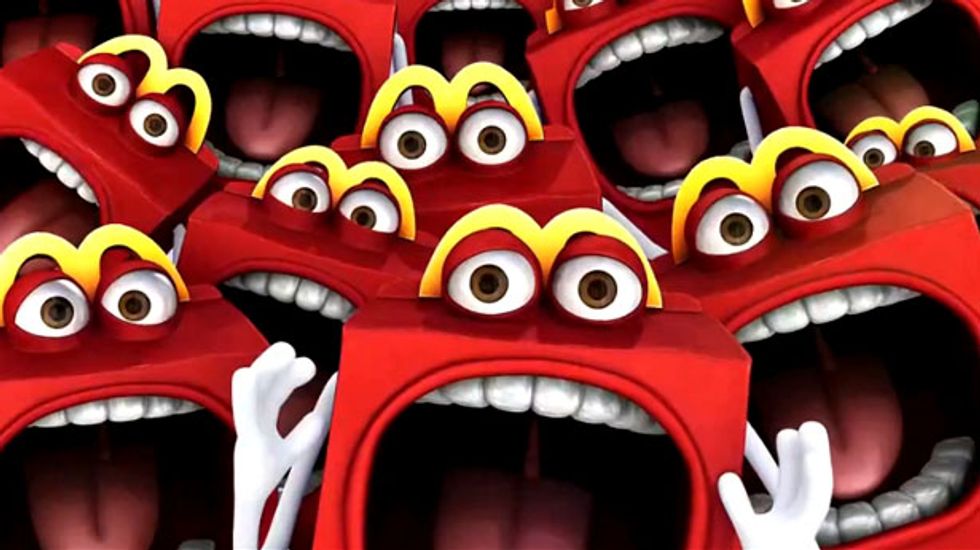 CHICAGO (Reuters) - McDonald's restaurant chain says its new "Happy" mascot will bring "fun and excitement" to its children's meals, but social media contend the toothy, red box-shaped character will have the opposite effect.

Twitter responses to McDonald's mascot announcement on Monday complain that the animated red Happy Meal box, with its cavernous dark mouth and rows of large white teeth, is scary and will bring children nightmares instead of joy.

"It's the meal that eats you," said one comment. Another said, "I didn't want to sleep tonight anyways, it's cool."

The character will be introduced nationwide on Friday. Oak Brook, Illinois-based McDonald's said in a statement that it will encourage kids to enjoy healthy food choices, like fruit, vegetables and low-fat dairy.

In response to the criticism on social media, McDonald's spokeswoman Lisa McComb noted that since 2009, the character has been "loved and well-received by children and families in Latin America and Europe."

"Social media is a great place to have a conversation and express an opinion, but not all comments reflect the broader view," McComb said in an email on Tuesday.

The restaurant chain, which has its annual shareholders' meeting on Thursday, has often been the focus of criticism over the fast-food industry's penchant for offering indulgent, high-calorie food. In recent years, the U.S. food industry in general has faced government and consumer pressure to address the global obesity epidemic.