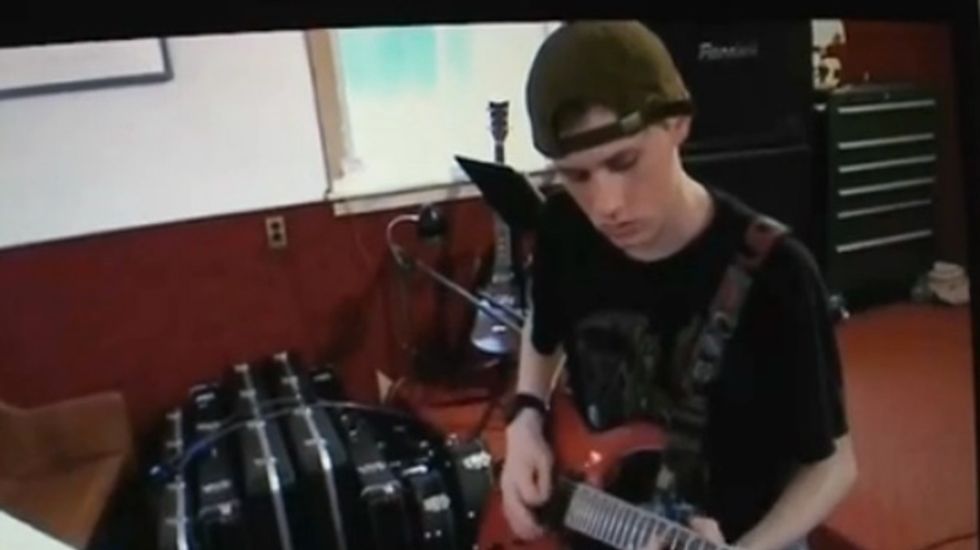 Police in Minnesota have arrested a high school student who plotted to kill his parents and sister, distract law enforcement officials by setting fires in a wooded area, and then massacre students at a local high school and middle school using guns and explosive devices.

John David LaDue, 17, of Waseca, has been charged with four counts of attempted first-degree murder, six counts of possessing explosive devices and two counts of first-degree criminal damage to property, according to KARE11.

Capt. Kris Markeson of the Waseca Police Department told reporters, "During his interview with officers, LaDue revealed his plan was to kill his family members, start a diversionary fire in rural Waseca to distract first responders and then travel to Waseca Junior and Senior High School."

According to police authorities, LaDue told them his plan was detailed in a notebook which he kept in a locked guitar case in his room. LaDue also told police he had an assault rifle, several handguns and 400 rounds of ammunition in a gun safe that was also in his room.

After search warrants were issued, police discovered seven firearms, ammunition, and three working bombs at LaDue's home, along with black clothing and a ski mask.

According to authorities, LaDue claimed he was fascinated by the school shootings at Sandy Hook, Virginia Tech and Columbine, and idolized the Columbine shooters: Eric Harris and Dylan Klebold.

The arrest of LaDue followed an earlier investigation of three bombs found at local elementary school, two of which had detonated. One of the exploded bombs had been placed inside of a stuffed toy.

LaDue maintained a bomb-making lab at a local storage facility which was discovered after police received a 911 call of the teen acting suspiciously. Police arrested LaDue in a locker at the storage facility, surrounded by materials to make explosives. Members of the bomb squad called to the facility told prosecutors they were shocked by the volume of bomb-making materials and components LaDue had acquired.

Following his arrest, LaDue told detectives that he had planned on murdering his mother, father and sister with a .22 caliber firearm. He then detailed how he planned to go to a remote area outside Waseca and start fires to occupy first responders outside of town. While they were distracted, LaDue planned to go to  Waseca Middle School and Waseca High School during lunch hour and set off pressure cooker bombs to kill students. When the school police security officer responded, LaDue said he planned to shoot him and then kill more students.

LaDue also said he expected to be killed by responding SWAT officers.

The Minnesota teen is currently being held and evaluated at a facility in Red Wing.

Watch video below from KARE