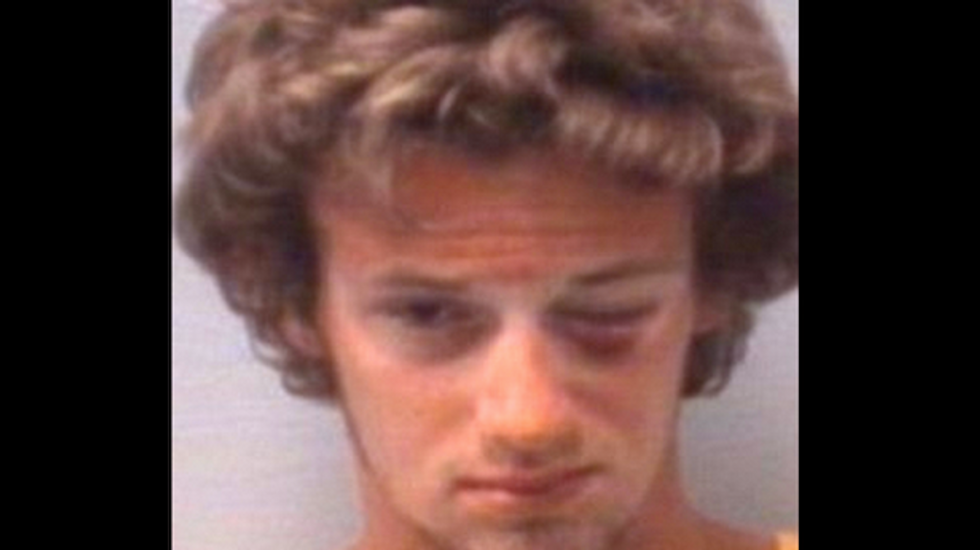 A North Carolina teen is accused of causing serious brain injuries to his girlfriend after beating her over sarcastic comments she made to him.

Michael Hutton was charged with attempted first-degree murder, kidnapping, and multiple assault charges, and he faces a possible life sentence without parole after beating 17-year-old Hannah Connaway on Friday night, dragging her across the ground, and choking her.

The 18-year-old Hutton, who is being held on $1 million bond, became enraged after his girlfriend teased him because he was unable to untangle some fishing line, according to the victim’s friend.

"He was angry because he couldn't untangle fishing lines," said Claudene Williams, a friend of Connaway. "He was blaming her for some things like having snarky remarks to things he was saying, and then it just escalated and kept on going."

The argument continued after the pair went to Hutton’s home, where Williams said she heard Connaway screaming as Hutton beat, strangled, and dragged her across the yard.

Hutton’s parents were out of town at the time.

Emergency crews found Connaway lying unconscious in the front yard, and she was taken to an area hospital for emergency brain surgery.

The teen was placed in a medically induced coma, but her parents said she has shown signs of improvement.

Connaway has opened her eyes and spoken, Williams said, but she seems confused and is unable to move the left side of her body, as doctors expected.

Williams said her friend had planned to attend the University of Hawaii next year to study education.

Hutton was arrested Friday night on and charged with assault on a female and assault inflicting serious bodily injury charges, and he was released on $6,000 bond.

But the higher bond was imposed Tuesday after he was arrested on the more serious charges.

Defense attorneys said Hutton had a history of seizures, which they said might have combined with alcohol to trigger the attack.

An ex-girlfriend of Hutton’s attended his court appearance Tuesday, where he entered a not guilty plea, declined to say whether she had been beaten by him, but she conceded their five-year relationship had been troubled.

"He's not a good guy,” said Montgomery Register. “I've forgiven him. I've forgiven him. Like I said, I'm a Christian 100 percent. I have no grudge against him or his family, but I feel for the people he put after me after I left, after I walked away."