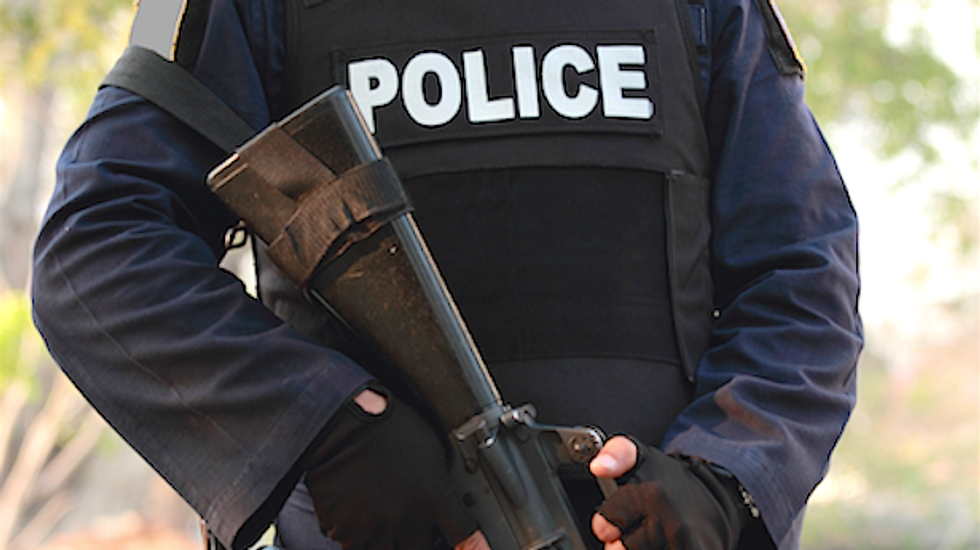 Police officer is holding with a rifle Shutterstock

A New York woman has reached a $650,000 settlement with Nassau County after a police officer accidentally shot her while investigating a drug case involving her downstairs neighbors.

Iyanna Davis was shot in the breast in 2010 after the officer mistakenly burst into her apartment during a drug investigation, reported Newsday.

The bullet then went through her abdomen and both thighs.

The officer said his assault rifle went off accidentally, and he was cleared of any wrongdoing by an internal police investigation.

Davis was pleased by the settlement and felt that justice was served, her attorney said.

She filed a civil rights suit in March against the county in federal court, and the settlement was reached six days into a trial and before jurors began deliberating.

Davis, who was 22 at the time, said she hid in a closet when police burst into the building because she thought they were armed robbers.

"I told them I was afraid and do not shoot me, and one officer screamed at me to put my hands above my head," Davis said in a deposition. "That's when I heard the shot, and I felt myself sit down because the force actually knocked me back on my backside."

The results of the internal investigation are sealed through a confidentiality agreement, but Davis’ attorney said it was riddled with inaccuracies used to justify the shooting.

For example, the attorney said, the officer claimed Davis jumped out of the closet before he fired his weapon.

County officials must now make final approval of the settlement.

[Image: Police officer holding with a rifle via Shutterstock]