NYC cyclist arrested for using cellphone to film cop, told iPhones are 'being used as guns' 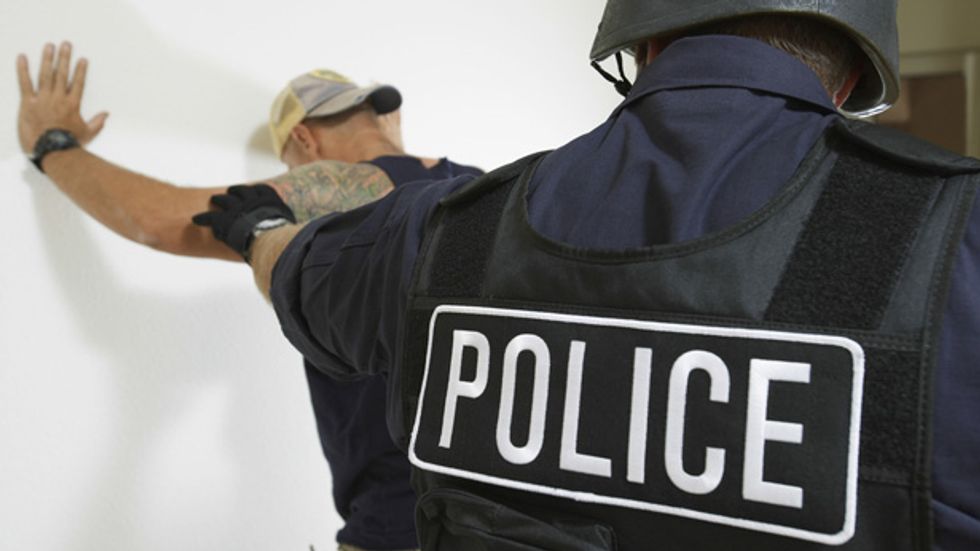 A New York City cyclist was arrested, while attempting to film a police officer giving him a ticket for running a red light, with the explanation that "iPhones are being used as guns," according to The Gothamist.

Will Paybarah,24, of Brooklyn, was stopped by a police officer in late March for - admittedly-- running a red light while on his bike. As the officer approached him, Paybarah pulled out his cellphone to film the encounter only to have the officer immediately tell him to put his phone away.

According to Paybarah, "When I tried to record my interaction with the officer I was arrested... in 10 seconds flat."

In the brief 10-second video, Paybarah can be heard asking "Alright, you want my I.D?" to which the police officer immediately replies, "Put your phone away."

When the cyclist asks why, the officer says, "Because I'm telling you."

As Paybarah tries to explain that he has the right to film the incident, the officer reaches for the phone and Payabarah can be heard saying, "Don't touch me" before the officer snatches the phone out of his hand.

Paybarah explained that he was then arrested.

"After those 10 seconds I was pulled off my bike, pushed up against the metal fence, placed in handcuffs and put into the back seat of the car, " he said.  "Other officers came. They joked saying they were going to 'handcuff my bike to the tree.'"

After he was placed in the back of a police cruiser, Paybarah asked why he was being arrested. According to him a police officer told him it was because "people are using iPhones as guns."

"I was told by another officer while in the car that recording a police officer was illegal because people are using iPhones as guns and shooting cops through the camera lens...I told him that I have the right to be recording a cop and he said that there were incidents, specifically in uptown Manhattan where a kid shot a cop with his iPhone. Straight face. Very serious."

He was  then held for thirteen hours before being charged with running the red light, resisting arrest, obstruction of justice, and criminal mischief.

Paybarah's court appearance was this week and he was given one day of community service.

As noted by The Gothamist, The NYPD Patrol Guide specifically states that “Members of the service will not interfere with the videotaping or the photographing of incidents in public places. Intentional interference such as blocking or obstructing cameras or harassing the photographer constitutes censorship.”

Watch the cellphone video below: