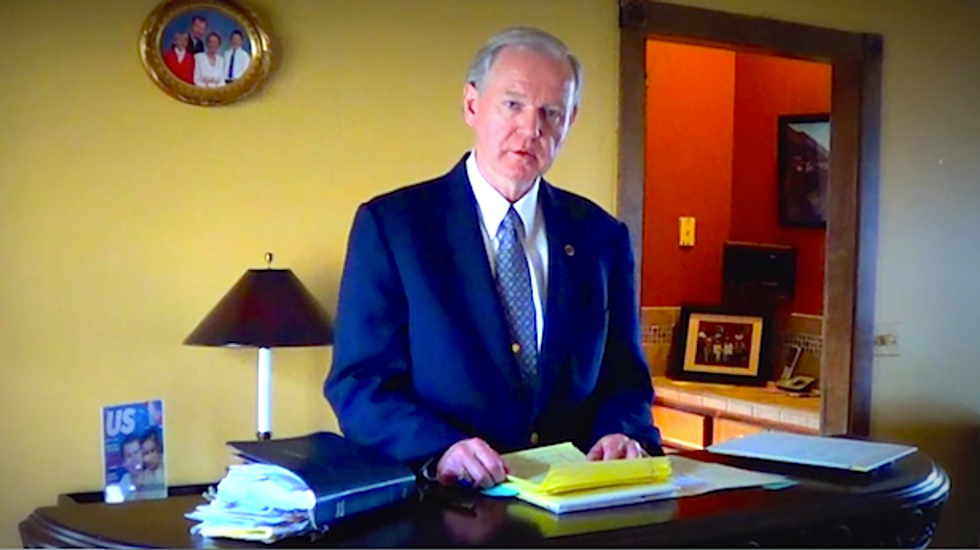 Darrell Trigg wants to amend the Constitution to end the separation of church and state, and he wants your vote.

The Tennessee engineer officially announced his candidacy for president Wednesday and will run on an explicitly Christian platform – sprinkled with some Occupy Wall Street-style populism.

During a National Day of Prayer event Thursday in his Rogersville, Tenn., hometown, Trigg told about 100 people that he would make Christianity the official religion of the U.S. and require mandatory K-12 Bible lessons for public school students.

Schools would begin each day with prayer and the Pledge of Allegiance – under God, no doubt – but Trigg also wants to expand the budget for education, increase teacher pay, and require 30 minutes of physical education each day.

"Islam and the Muslims will be more than welcome to worship here as they please," Trigg said. "They'll be loved as brothers and sisters in God's kingdom. But, we have to have a religion to establish the backbone principles of this nation. We want that to be the Christian religion."

The Christian Party candidate also wants to ban nudity from the Internet, although he did not describe how he would do this, and punish adultery and domestic abuse with jail and large fines.

Trigg said he would cap executive pay for publicly traded corporations at $300,000 a year and help manufacturers by cutting capital-gains taxes, building or refurbishing facilities, and training employees.

He would set the legal age for marriage at 22 years old, redefine marriage as “Holy Matrimony” between a man and woman, and forbid divorce except in cases of abuse, infidelity, or incarceration.

Trigg wants to raise the legal drinking age to 25 and keep alcohol off college campuses – and he also wants to limit the salaries of college coaches to $300,000 a year.

The candidate said he would allow only medical use of marijuana and outlaw abortion except in cases where the child had “a small probability of living” and the mother’s life was placed in “extreme risk.”