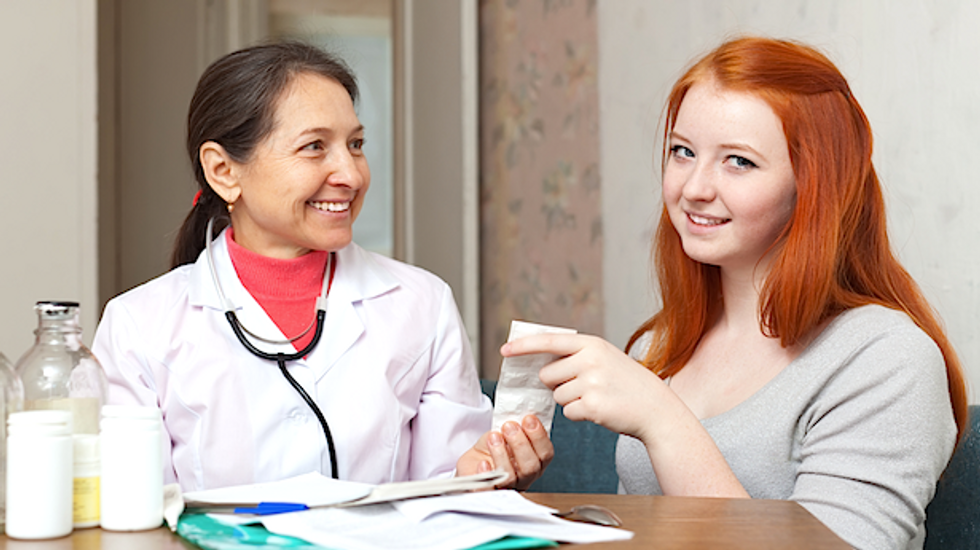 A Massachusetts-based medical company hopes to expand its market into drug-testing private school students with the help of its CEO’s brother.

James Kubacki oversees St. Edward High School in Cleveland, and his brother, Raymond Kubacki, is president and CEO of Psychemedics, which claims at least $7 million in quarterly revenue.

But the company sees an opportunity for growth.

"Our primary focus is workplace drug testing,” Raymond Kubacki said last year. “Secondarily would be emerging markets, and one of those would be schools and colleges."

Cleveland Scene reported that the company will provide those services to three private schools in northeast Ohio, including St. Edward, that plan mandatory drug testing for all students starting next fall.

About 980 students at St. Edward will be tested for illegal drug use, along with 340 students at Gilmour Academy and about 1,500 at St. Ignatius High School.

No other schools in the area currently test students for drug use.

“This came about as a proactive, preventative measure,” said K.C. McKenna, vice president of admissions and marketing at St. Edward. “There was nothing in our own community that necessarily prompted this. This is not a reactionary endeavor by any means.”

McKenna said a committee, which included members of the school’s board of trustees and faculty members, decided to work with Psychemedics.

He admits the school’s president knew a little more about the company his brother had overseen since 1991, but McKenna said James Kubacki’s “brother being CEO of that company in no way led to us making the decision to use Psychemedics.”

School officials did not notify parents of the relationship between the school president and the company's CEO, but they said committee members from all three schools were aware of the possible conflict of interest.

“How we picked the company isn’t of interest to high school boys," said Lisa Metro, spokeswoman for St. Ignatius. "They’re more interested in how it’s going to play out to them.”

Hair follicle testing costs about $40 to $50 per student, according to schools already working with the company.

But McKenna said the tests would encourage students to back down from peer pressure and say no to drug use.

The drug-testing market has declined as attitudes about privacy and drug use have changed.

Mandatory, random drug testing in public schools has been struck down by the U.S. Supreme Court, but Raymond Kubacki still sees opportunities for growth in private schools, which have more latitude to make decisions.

"We already have educational programs, counseling and intervention programs in place but, given the pressures our students face, now is the time to take an even more aggressive stance against this threat," St. Ignatius administrators told parents in a letter sent Tuesday.

McKenna said feedback from students and parents has been overwhelmingly positive so far.

The program goes into effect beginning by the end of this summer.

The schools said discipline would be handled on a case-by-case basis, factoring in levels of addiction and student cooperation with the process.

All three schools said Psychemedics was chosen because it offered hair testing instead of urine, because follicle testing can show drug use up to 90 days earlier.