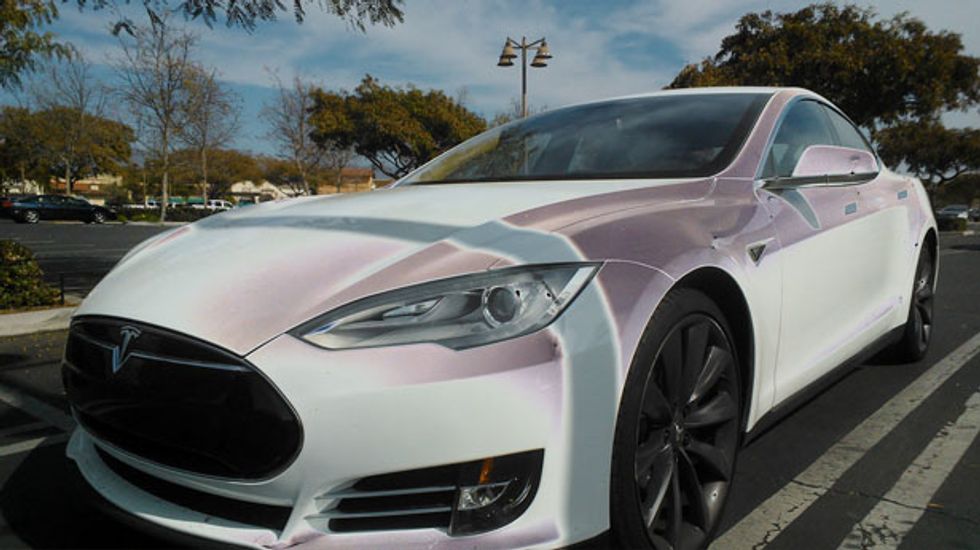 The Japanese electronics conglomerate had until this week made only cautious comments about Tesla's plans, for which the carmaker is seeking total investment of around $3 billion in addition to the $2 billion it has pledged to contribute directly.

Panasonic does not have a timeframe for a decision on its investment but any expenditure this year would be small, Yoshio Ito, senior managing executive officer and president of the Japanese firm's automotive and industrial division said on Friday.

"As we're not anticipating any sudden tenfold increases in demand or anything like that, we think it is right to break it up step-by-step and invest gradually," Ito told reporters at a briefing in Osaka.

Demand from the U.S. premium eco-car maker for lithium-ion batteries has been a boon for Panasonic as the Japanese firm seeks to expand its sales of industrial goods to other businesses and reduce its reliance on volatile consumer markets.

Ito said the two companies were discussing details of their investment in the new factory and would talk about construction plans.

He said Panasonic, which is already Tesla's prime supplier for lithium-ion cells but competes with Samsung SDI Co Ltd for auto batteries, did not expect any rival battery makers to put in a competing bid.

However, he said there was a possibility Panasonic would not contribute the majority of the remaining investment even if it became the sole manufacturer at the factory.

Tesla Chief Executive Elon Musk told analysts early this month he had expected Panasonic to become the main partner in the project from the outset and expected the two companies to reach an agreement late this year.

He said Tesla was talking to other potential investors and that other companies such as suppliers of raw materials would be involved in the project, which is planned to start production in 2017. Musk said Tesla would break ground on one of two planned locations in June.

Panasonic signed a contract last October with Tesla to increase its supply to nearly 2 billion battery cells in the four years to 2017, a leap from the roughly 200 million cells it was estimated to have supplied to the U.S. company in the previous two years.

Ito also said that Panasonic would spend more than 28 billion yen ($275 million) on auto batteries this year, twice its current budget, with the bulk going towards bumping up domestic production of the small lithium-ion batteries Panasonic supplies to Tesla.

Some of the extra spending would be directed to supplying large batteries used by other electric vehicle makers, Ito said. A source with knowledge of the matter said the remainder would be used towards a new zinc battery production facility in India.

Panasonic is aiming to be the No. 1 producer of auto batteries by the year ending March 2019, by when it hopes to be making annual revenue of 450 billion yen ($4.43 billion), up from the 130 billion yen it made in the last business year.